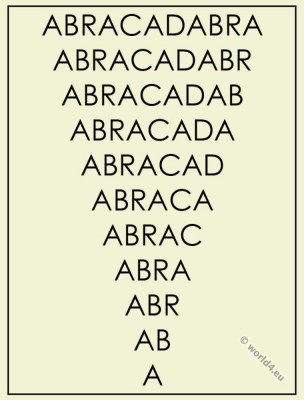 Abracadabra is regarded as the word that in most languages has the same pronunciation. It is a common term as a magic word which is already in late antiquity may Hebrew, Arabic, Persian or Roman origin.

Abracadabra. A charm. It is said that Abracadabra was the supreme deity
of the Assyrians. Q. Severus Sammonicus recommended the use of the word
as a powerful antidote against ague, flux, ud toothache. The word was to
be written on parchment, and suspended round the neck by a linen thread, in the form given above.

From the book: DICTIONARY OF Phrase and Fable giving the Derivation, Source, or Origin of Common Phrases, Allusions, and Words that have a Tale to Tell BY THE REV. E. COBHAM BREWER, LL.D. 1903
New Edition: Brewer’s Dictionary of Phrase and Fable