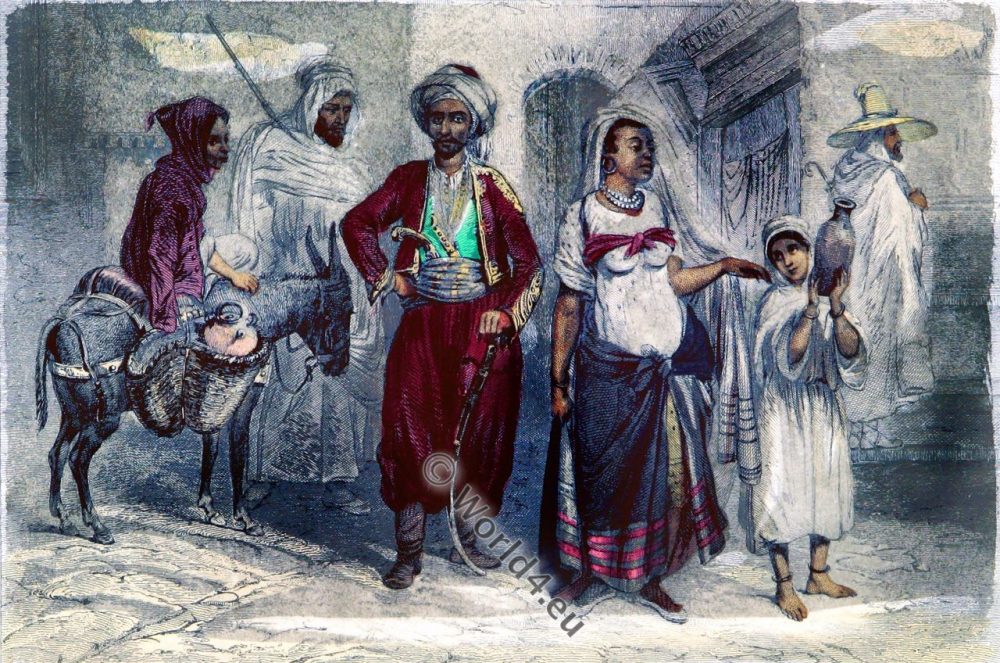 The name Berber is probably derived from the Greek word bárbaros, possibly mediated by the Latin (barbarus) or Arabic (al-barbarian, plural Barābira). Today, some Berbers, especially in Morocco, call themselves imazighen ‘free’ in order to find themselves in their own vernacular group name. The Berber peoples usually use the names of the individual tribes (for example, Rifkabylen or Tuareg). There is little known about the origin of Berber or Imazighen. The share of the Berber population in Morocco is around 70%.

Morocco is a state in the north-west of Africa. It is separated from the European continent by the Strait of Gibraltar. As the westernmost of the five (with the Western Sahara six) Maghreb countries, it borders the Mediterranean to the north, the Atlantic Ocean to the west, and Algeria to the east.
The state religion is Islam. Morocco was the first country that the young USA officially recognized in 1777. The Moroccan-American Treaty of Friendship of 1783 [16], which was signed by the American side of John Adams and Thomas Jefferson, therefore is also the longest unbroken treaty of friendship of the United States with another country.
The Moroccan Penal Code Article 489 threatens same-sex acts, regardless of gender, with a prison term of six months to three years and a fine. In the 19th century and until the 1960s, Morocco was regarded as a tolerant country in the Arab world in terms of sexual intercourse among men, which is still gradually visible.

Note:  Peoples from the African Jarawa tribe tatooing a woman.