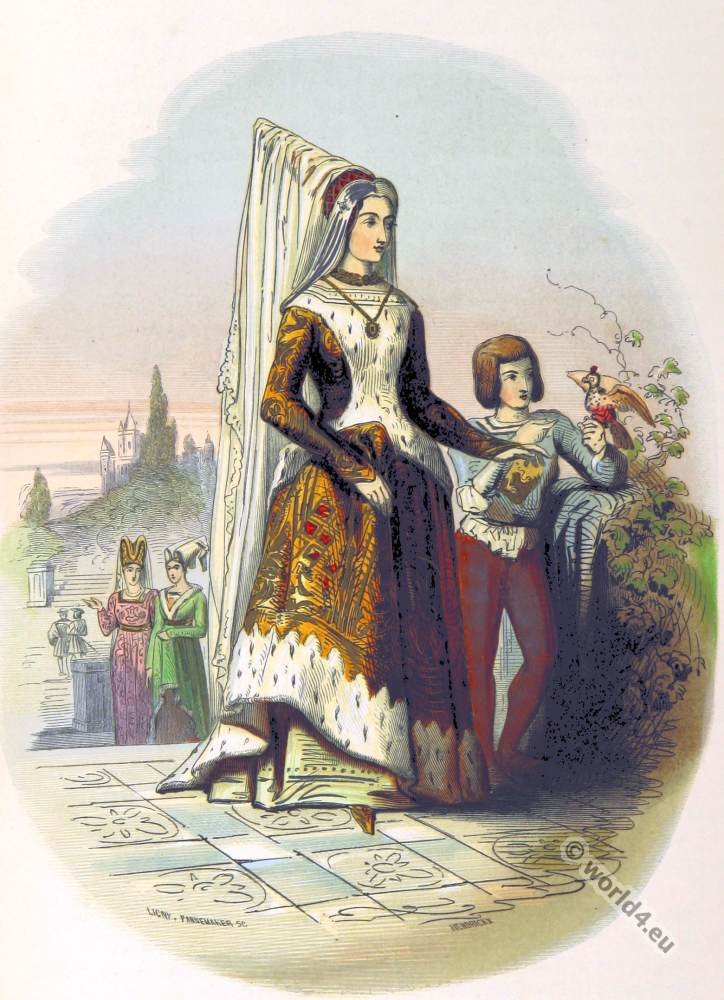 Mary of Burgundy (1457-1482) was since 1477 the Duchess of Burgundy and ruler of the other areas of the house inherited Burgundy. Through her marriage to Maximilian of Habsburg, later Roman Emperor, Burgundy came to the house of Habsburg. She was considered one of the most beautiful women of her time. After her father’s death (Charles the Bold (French: Charles le Téméraire (1433-1477) Duke of Burgundy from 1467 to 1477) at the Battle of Nancy on January 5, 1477 against the allied with the French Confederation Maria inherited the Burgundian kingdom. In August 1477 she married against the wishes of the stands Maximilian of Austria from the House of Habsburg, who would be from 1486 King, from 1508 Emperor Maximilian I.

Three weeks after a fall from a horse at a falconry Maria died in a miscarriage. With her death in March 1482 her inheritance fell to the Habsburgs, leading to lengthy and serious conflicts with France resulted. Her successor in the Netherlands was her son Philip the Fair.