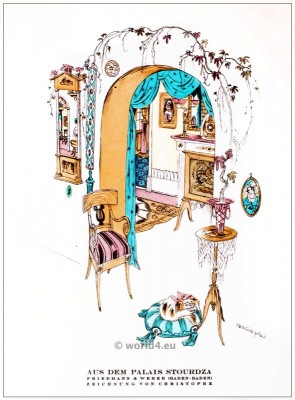 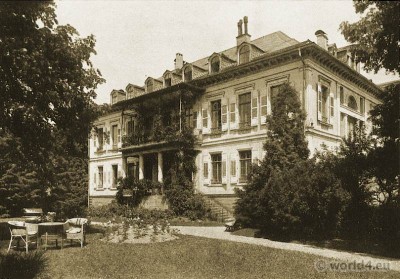 Built by the Moldavian boyars family Stourtza. 1920 opened the Berlin interior appointments company Friedmann & Weber an exhibition branch under the name Gallery for art and antiques, fashion and crafts, in the palais. It became known as – Palace of the rich Fairy of luxury. Berlin fashion houses, held in the gardens of the Palais their exclusive fashion shows which were to be regarded as a social highlight in Baden-Baden after the first world war. The Berlin interior decorator had set up different rooms as a sample room. One of the rooms was decorated with the famous dolls of Lotte Pritzel.
In the winter of 1935/36, the Palais Stourdza was canceled. 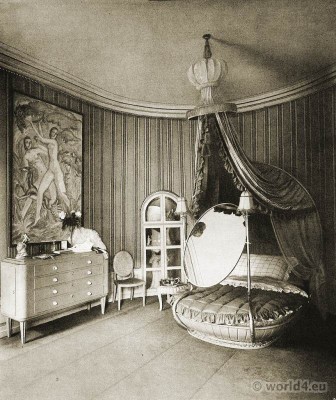 Ladies bedroom. From the Palais Stourdza 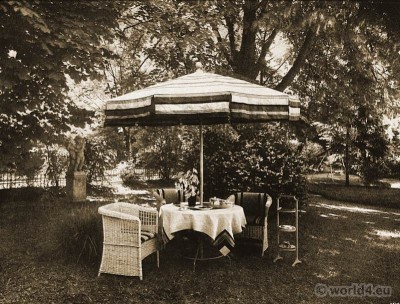 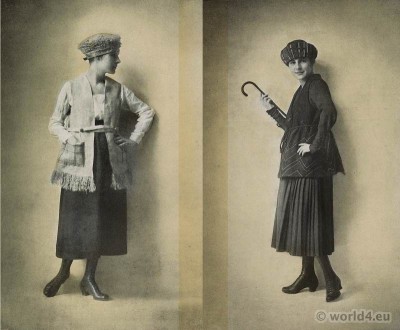 From the fashion show at the Palais Stourdza – Baden-Baden. 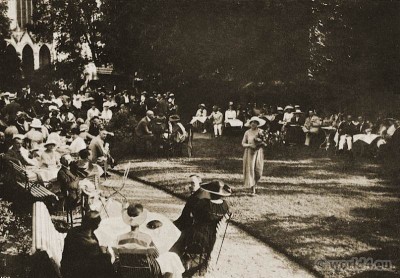 Fashion Show at the Palais Stourdza.