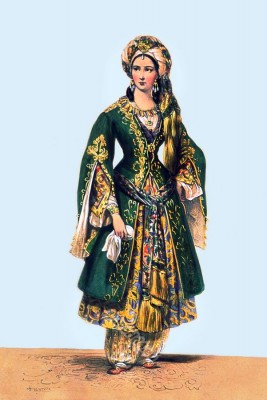 Rachel in the role of Roxane “Bajazet” by Racine.

Élisa Rachel Félix (1821-1858) was a French-Jewish actress and was one of the greatest tragediennes in their time. Under the name of Mademoiselle Rachel she became famous throughout Europe. Legendary were her performances during the revolution of 1848, when she sang the Marseillaise night after night in the crowded Comédie Française (Théâtre de la République). Rachel applies in theater history as the great reformer of the performing arts. She is buried at the Pere Lachaise cemetery in Paris.