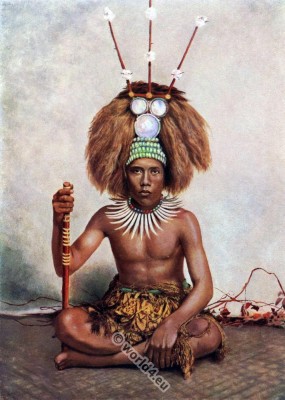 Plaques of mother-of-pearls form the chief ornaments in the front of the head-dress, while the collar is of sperm-whale teeth. Apia, Samoa.