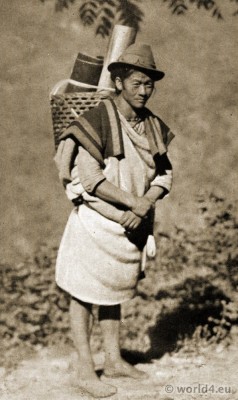 The Lepcha are a tibet Burmese mountain farmer-folk, which is located in the region of the eastern Himalayas, Sikkim, Kalimpong and Darjeeling, as well as in Bhutan and as a small minority in Nepal for hundreds of years. Although they are the original inhabitants of Sikkim, its origin still not uniquely determined. So it is assumed that the Lepchas are possibly emigrated from Tibet to Sikkim.