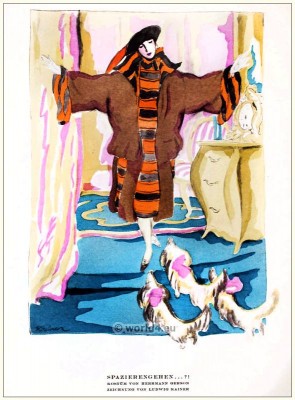 Herrmann Gerson (1813-1861) was a Berlin Jewish fashion designer and operator of one of the leading fashion stores in Berlin. The store was known for its women’s fashion and as a purveyor supplied the royal and imperial houses of Prussia, Russia, the UK and Ireland as well as Sweden and Norway and the German Empire. Shortly before his death, he was commissioned to produce the coronation mantle of William I. He was buried in the Jewish cemetery at Schönhauser Allee Berlin.

Note:  Rendezvous. Costume and Ulster coat of Fabian U. Krich.