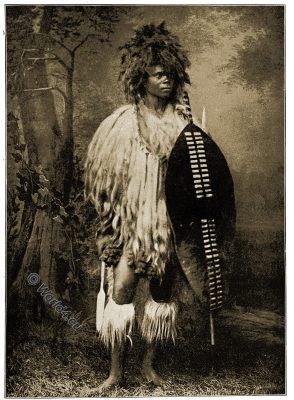 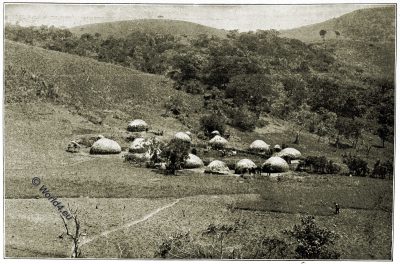 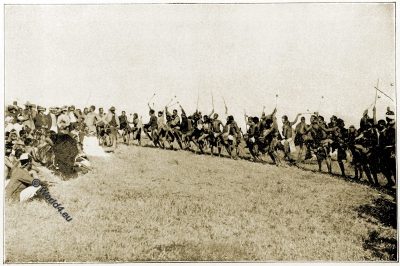 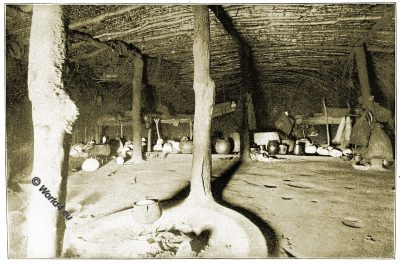 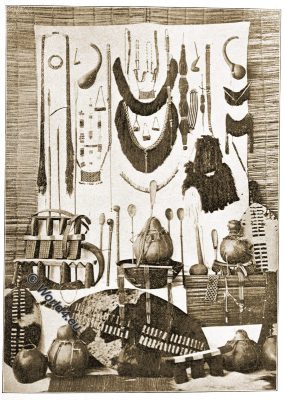 A Kraal (or Kral, afrikaans, from port. curral for cattle corral) ) was originally a circular settlement with a strictly regulated social structure. Kraale existed mainly in southern Africa. They were mostly surrounded by a palisade-like thorny wall.

Today, Kraal is only the cattle-goat, which was once in the middle of the settlement. However, one finds the word from time to time in place names in South Africa.