In the figure we see the silhouette of that costume which forms our ideal of proportion and grace of line. The Grecian chiton, or dress, of the Classical period, falling from the shoulders to the feet and held in at the waist or just below the bust, by a cord or girdle, allowed the utmost freedom of motion to the body.

In this particular it was a marked contrast to the sheath-like garment of the Egyptians. The top of the rectangular piece composing this garment was folded down about a foot or more from the point of attachment at the shoulders, and fell in soft, graceful cascades on the sides from the shoulders to the hips.

The material used by the Grecians in their chitons was at first usually of wool or linen, silk having been introduced from the Orient and worn in the later historical period; soft, sometimes crepe-like in texture, the fabric added its share to the long, graceful folds which we see represented in the old Greek statues.

The coiffure of the Grecian woman followed the contour of the head, the hair being usually parted, drawn back from the face, and fastened in a knot at the back of the head.

Fillets were frequently wound several times around the head, or these were replaced by the splendone, a band of ornamental cloth or leather, and by hair nets, all helping to keep the profile simple and natural.

As the Grecian woman wore no hat during her rather infrequent journeys from home a sheer, thin veil of cotton, or a fold of her mantle formed a protection for her head and face. 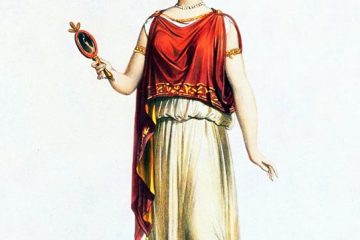 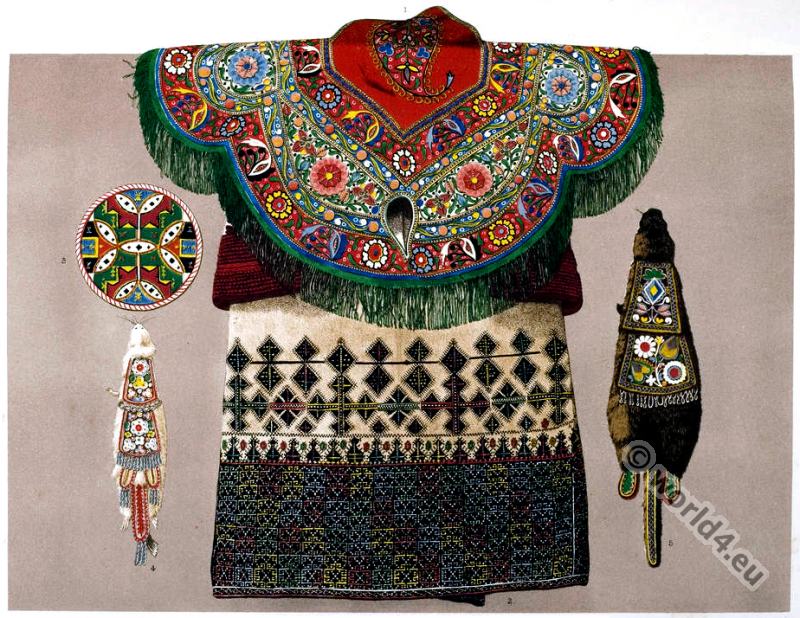 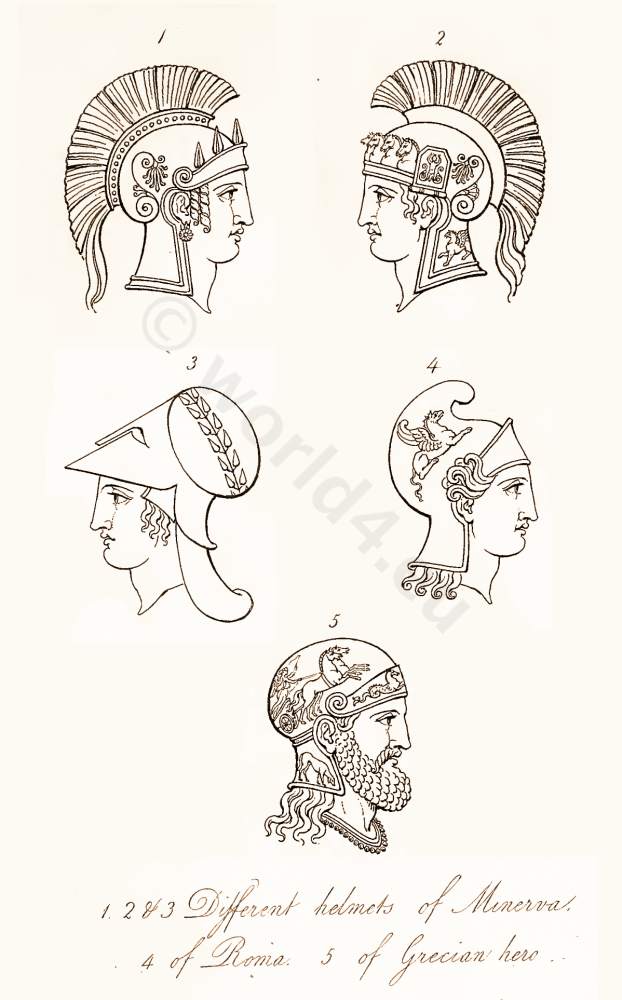 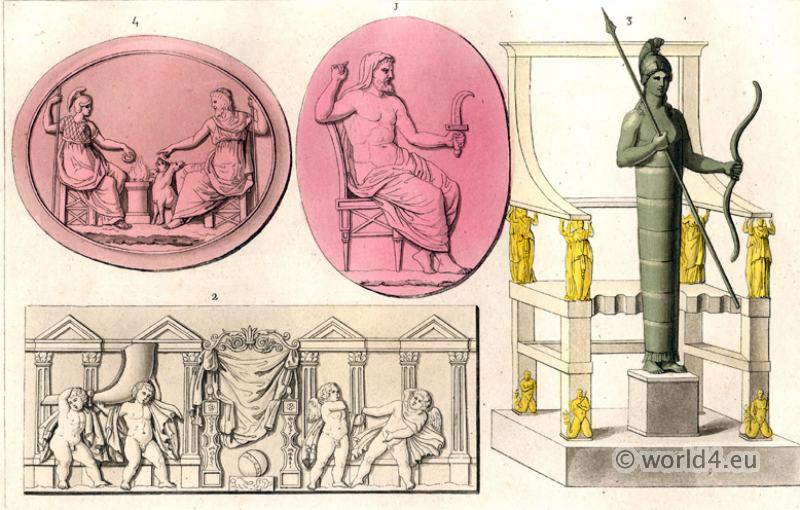 The Ionic dress in Ancient Greece.

The Ionic dress is more ornamental and richer than the Doric. This style became popular later in Greek history and… 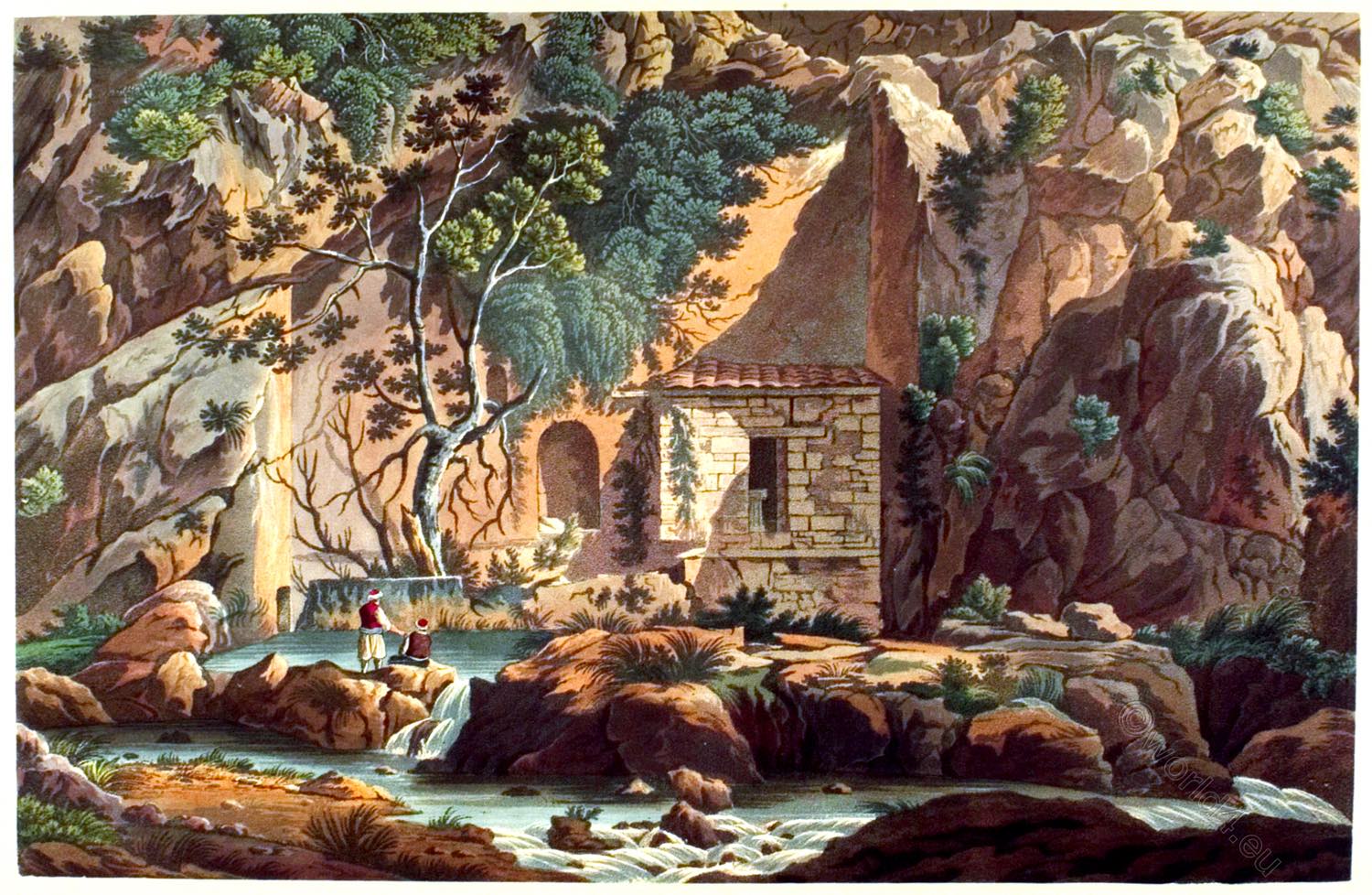 The Castalian Spring near the sanctuary of Delphi.

In ancient times, pilgrims purified themselves at this spring before entering the sacred precincts of Delphi. 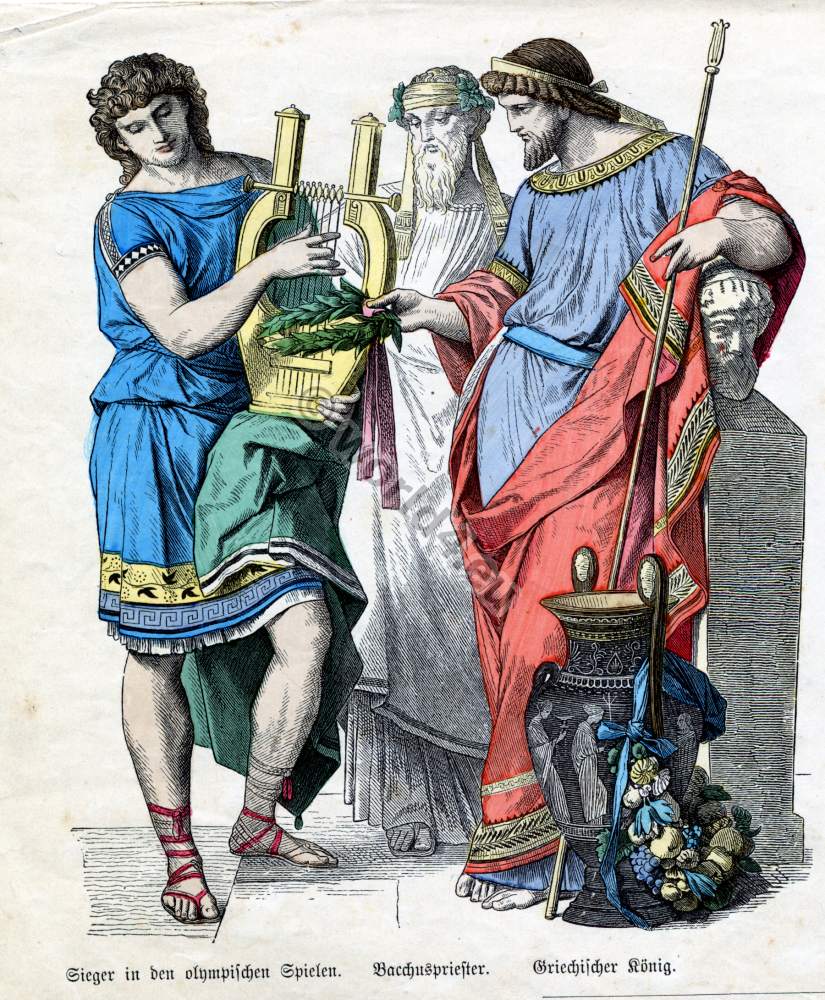 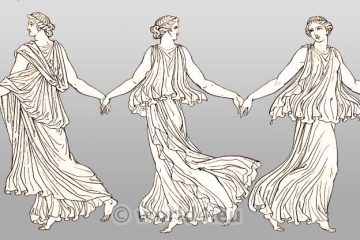