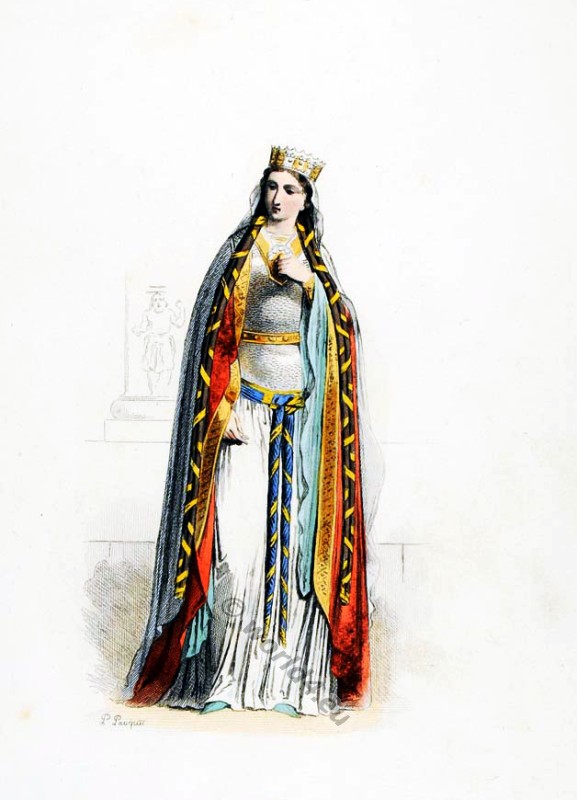 Clotilde or Chrodechild (475–545), princess of Burgundy, was the second wife of Merovingian Frankish king Clovis I  (Salian Frankish dynasty), and by this marriage, Queen of the Franks. She confessed to Catholicism and contributed to the decision in Clovis, also accept this form of Christianity.

After the death of Clovis in 511 she founded monasteries and churches. She became, like her husband and her daughter buried in the Church of the Apostles in Paris, the later church of Sainte-Geneviève.

Saint Clothilde as she is honored as patroness of women and notaries. She is often represented with a model of the church and a book, donating the poor. Her celebration is the 3rd June. Clotilde is revered as sacred by the Church.