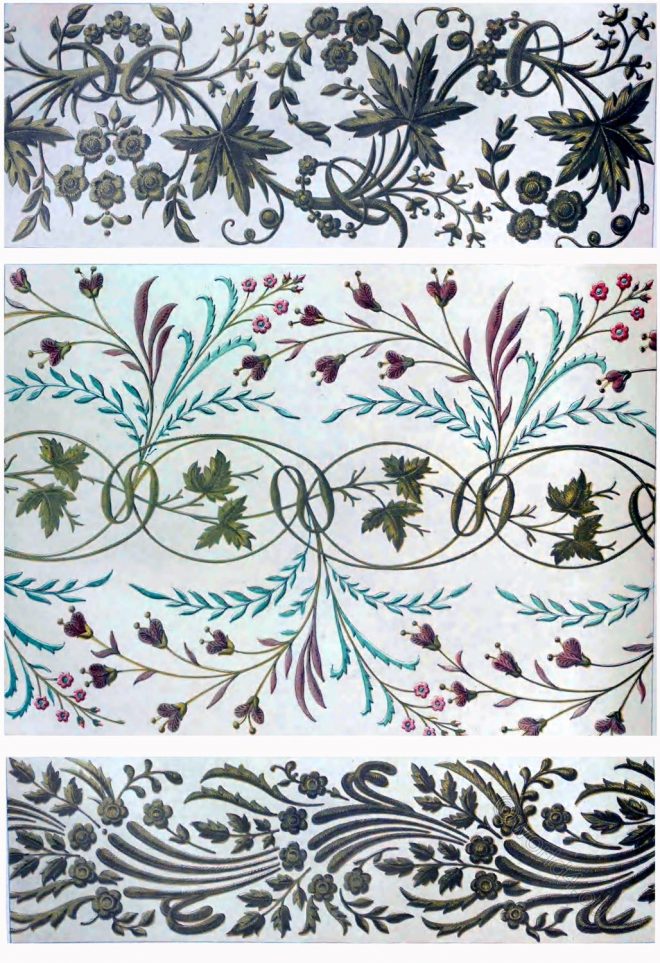 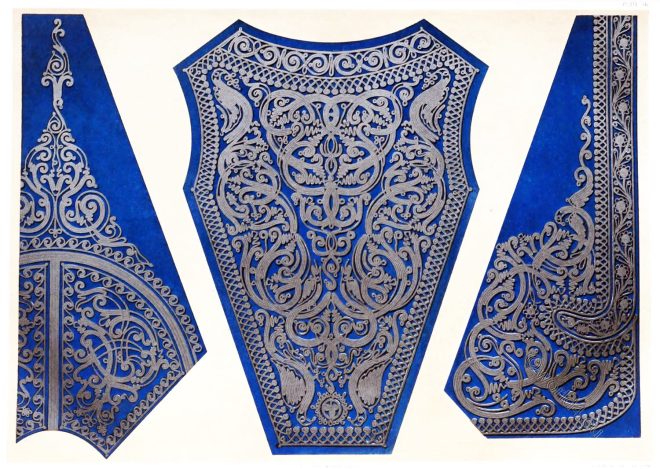 Portion of a rich fermeli, or upper jacket, which was included in a complete suit of elaborate Palikar costume. 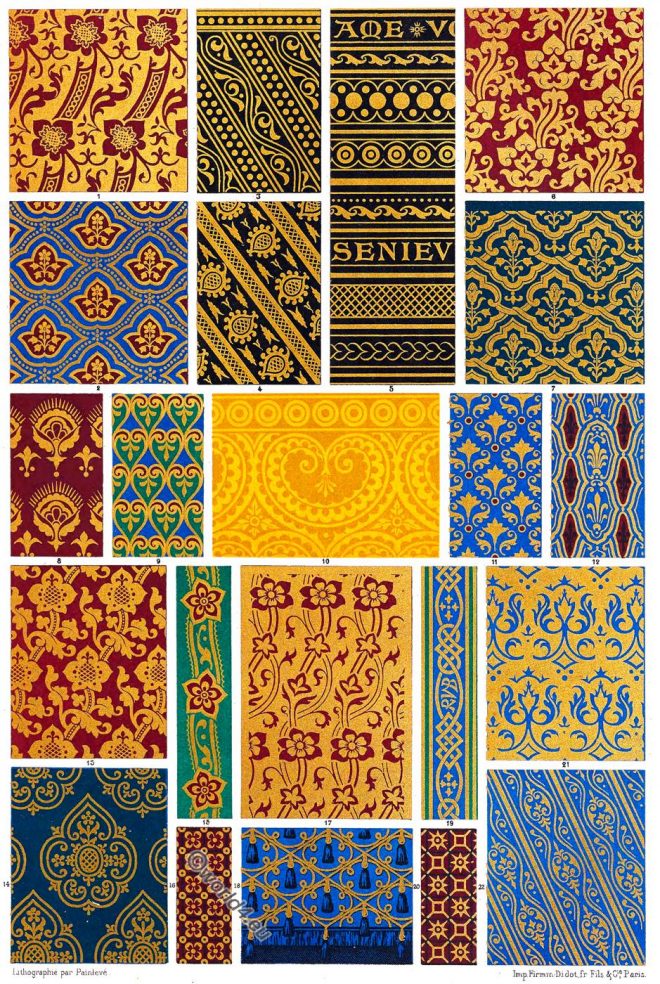 Polychromatic ornament by Auguste Racinet. THIS plate contains twenty-two examples of the ornamentation of hangings and stuffs, all of them remarkable for simplicity of design. 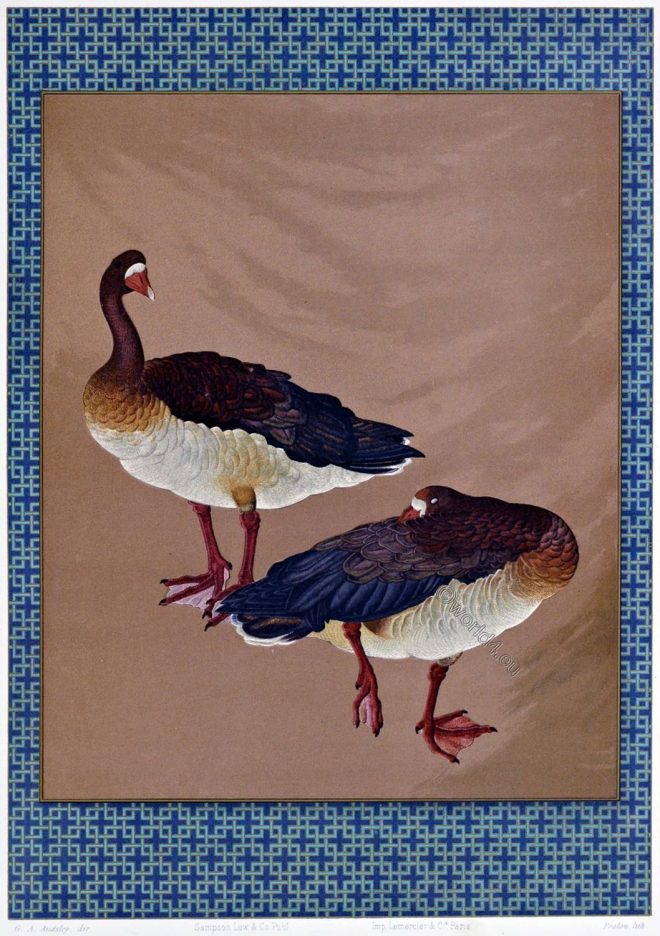 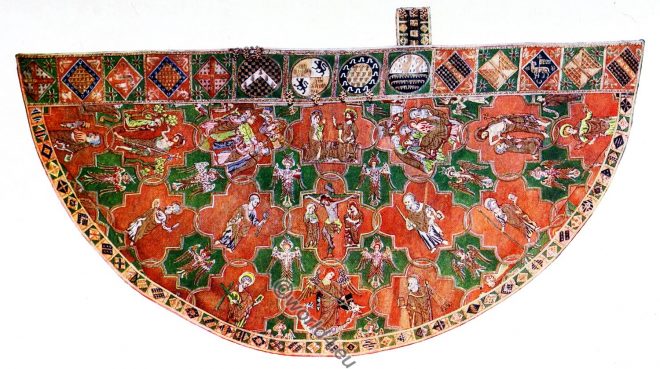 The Syon Cope.
A fine example of the ecclesiastical needlework for which England was noted in the thirteenth century; presented to the Duke of Northumberland by refugee nuns from Portugal, to whose convent it belonged, and whom he sheltered at Syon House during the Continental troubles of the early nineteenth century.

Art in England during the Elizabethan and Stuart Periods. Textiles and Embroidery by Aymer Vallance. CHAPTER V:-TEXTILES AND EMBROIDERY. 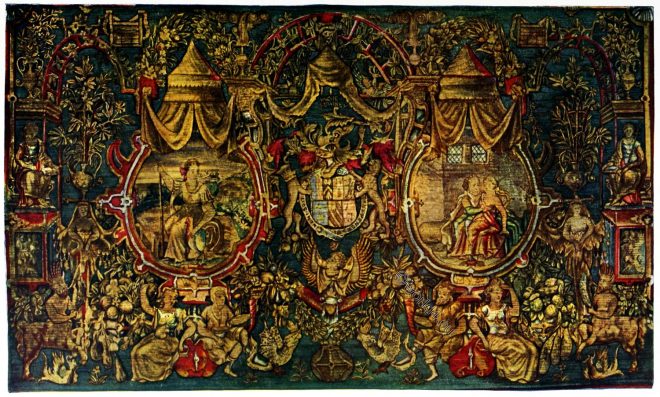 The “Pembroke” tapestry at V&A Museum, contains the armorial bearings of Sir William Herbert, 1st Earl of Pembroke in the style known as “grotesque”. 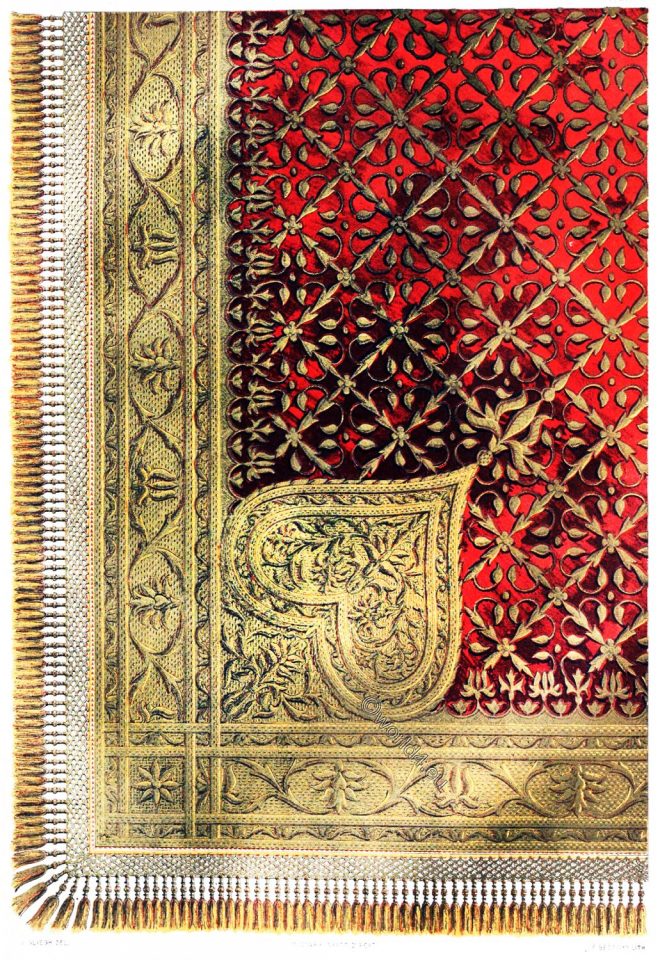 The beautiful elephant howdah, presented by His Highness the Nawab Nazim of Murshidabad to her Majesty the Queen of England. 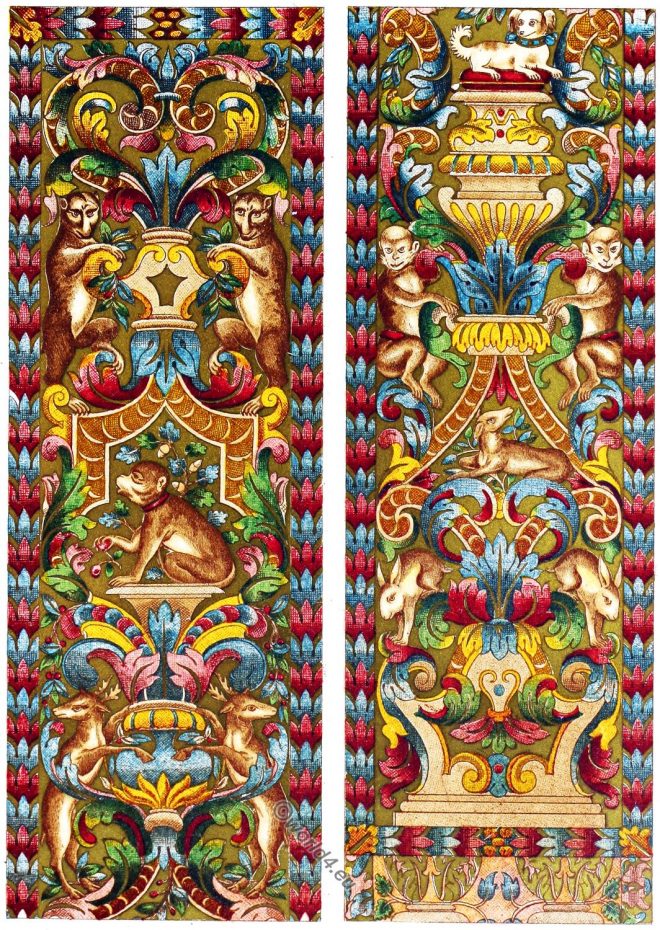 THIS engraving shows the upper and lower portions of a vertical panel, supposed to have originally formed a pilaster or border to a piece of tapestry. 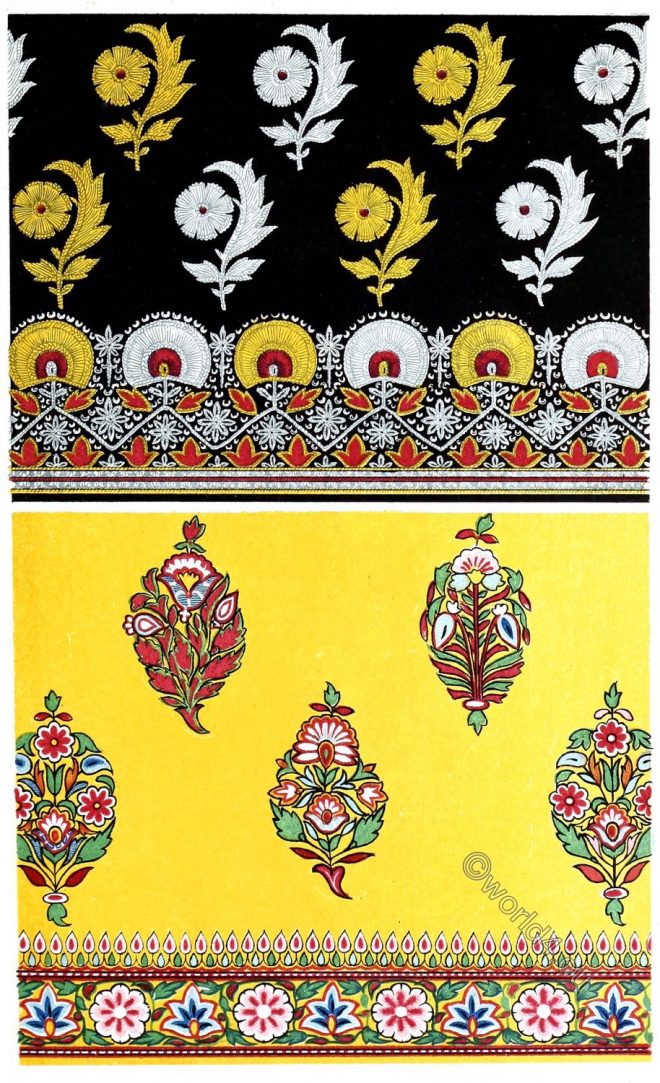 This website uses cookies to improve your experience while you navigate through the website. Out of these, the cookies that are categorized as necessary are stored on your browser as they are essential for the working of basic functionalities of the website. We also use third-party cookies that help us analyze and understand how you use this website. These cookies will be stored in your browser only with your consent. You also have the option to opt-out of these cookies. But opting out of some of these cookies may affect your browsing experience.
Necessary Always Enabled
Necessary cookies are absolutely essential for the website to function properly. This category only includes cookies that ensures basic functionalities and security features of the website. These cookies do not store any personal information.
Non-necessary
Any cookies that may not be particularly necessary for the website to function and is used specifically to collect user personal data via analytics, ads, other embedded contents are termed as non-necessary cookies. It is mandatory to procure user consent prior to running these cookies on your website.
SAVE & ACCEPT
error: Alert: Content is protected !!