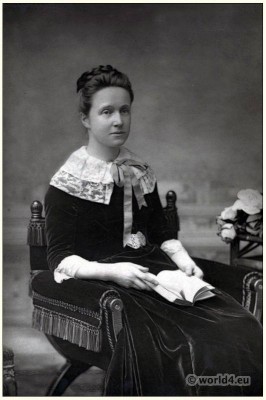 Millicent Garrett Fawcett (1847-1929), was a British suffragette. She was known especially as a leader of the women’s suffrage movement. She was convinced that men and women do not necessarily involve a conflict of interest: Both sexes may in their opinion a lot to gain women’s suffrage.

“Cabinet Portrait Gallery” issued as five volumes from 1890-1894 by the photography studio of William & Daniel Downey ( known as the ‘Queen’s Photographer’). Published by Cassell & Co. London 1893.