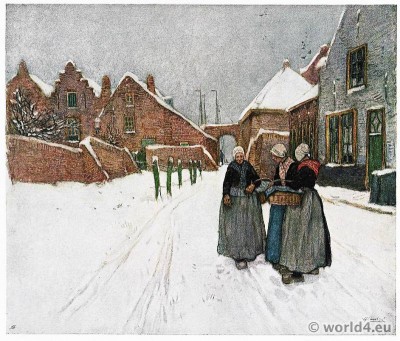 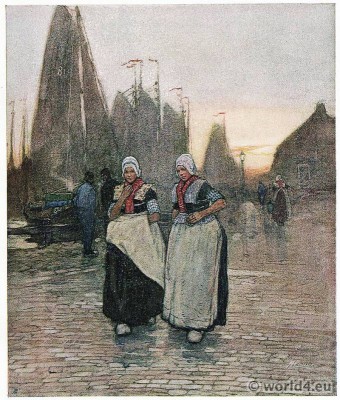 Henri Cassiers was trained as an architect and received his artistic training at the academies of Brussels. He soon developed his own style and theme. Maritime scenes, the simple life in the towns and villages of Flanders and the Netherlands. He was particularly attracted by the Dutch national costumes, especially those of Zeeland and Katwijk.

Between 1886-1893 he illustrated many popular magazines such as The Patriot Vlaamsche, Le Globe Illustré, L’Européenne illustration. In addition, numerous illustrations published by him in several books, including Camille Mauclair, Cyril Buysse and Jean d’Ardenne. The sometimes striking style of Cassiers lent itself also great for promotional purposes. One of his best known works were for the Red Star Line.

In 1994 a major retrospective of his work took place, which was shown at the Museum Vleeshuis in Antwerp and the Museum Katwijk in South Holland province. An exhibition catalog was published.