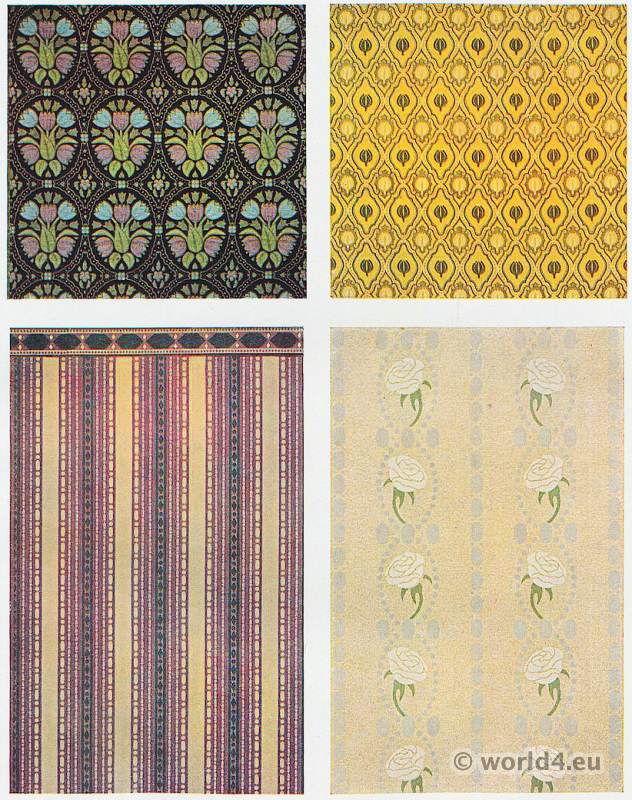 Bruno Paul (1874-1968) architect of the so-called “New Objectivity” influenced artists such as Ludwig Mies van der Rohe, Adolf Meyer, George Grosz and Hannah Höch. He was a draftsman for the “Simplicissimus” cartoons, furniture designer and interior designer, was one of the founding members of the Deutscher Werkbund. He worked from 1911 with the German workshops in Dresden-Hellerau together. In 1924 he became elected president at  the United State Schools for Fine and Applied Arts Berlin (High Scool of Arts Berlin and from 2001 under the Higher Education Reform in University of the Arts Berlin renamed.). The Nazis removed him from his official posts in 1933  (Adolf Hitler took him up in 1944 in the “God exceptionally gifted list” of the most important German architects.) After the end of World War II, he worked primarily as an engineer. 1968 he was interred in the Forest Cemetery in Berlin Zehlendorf. His grave is one of the honorary graves of Berlin. 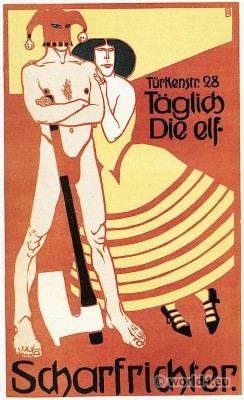 In Munich, from the environment of the satirical magazine Simplicissimus and the “Academic-Dramatic Association”, the first political cabaret in Germany, The Eleven Executioners, and one of the first German cabaret ever made. A great role model here was the cabaret Le Chat Noir in Paris. The theater was opened in Munich in Türkenstraße 28 in the redesigned Paukboden in the rear building of the restaurant “Zum Goldener Hirsch” with a premiere on 13 April 1901. Three times a week led the Executioners on a monthly-changing program. At the entrance to the auditorium, which had 100 seats, there was a skull with a wig in which stuck an ax. The infamous poster drew thereto Bruno Paul in 1903.