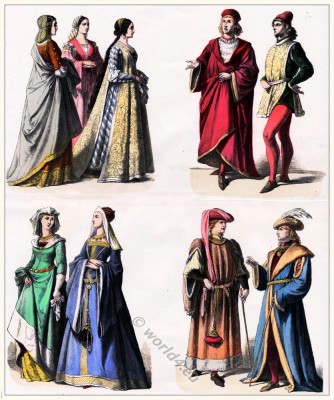 Fashion in the first half of the 15th century