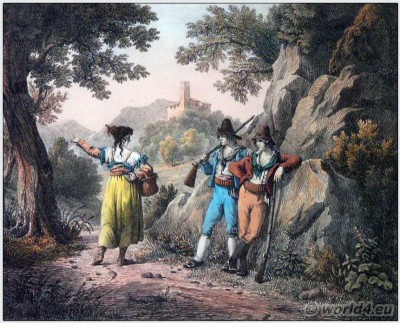 Sbirri of the Kingdom of Naples

Sbirri of the Kingdom of Naples.

SBIRRI, from Ital. sbirri, an archer, a name given to a class of armed police in Italy, resembling the French gens’d’armes in every thing but their usefulness. They patrole with a large cocked hat, armed with a fusil.