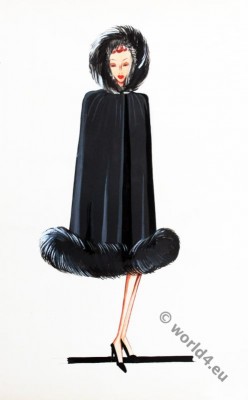 Marie-Louise Bruyère (1918-1958), called Mme Bruyère (pronounced Broo-yair) was born in rural France, but her ambitious parents, Henri Bruyère and Jeanne Loubet, moved the family to the expanding suburbs of Paris, where they prospered. 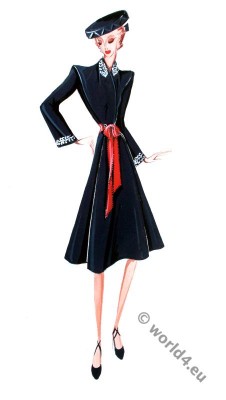 The sophisticated neighbourhood of Saint Gratien, which included Napoleon I’s niece, Princess Mathilde, amongst its residents, impressed the young designer who trained first with the house of Cheruit, and then Lanvin. Madame Jeanne Lanvin asked her to become Première d’Atelier de Couture. By 1928, she opened her own fashion house, Bruyère Couture, which flourished as her fame spread internationally, allowing her to open a grand salon at 22 Place Vendome in 1937. She staged two fashion shows a year, containing up to 200 different outfits in cool raffish elegance. 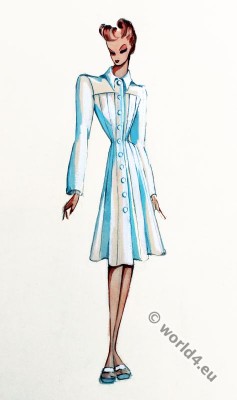 Each outfit was assigned a different name. By 1947 she employed 328 people. The business continued to grow in scale and reputation, but from the mid 1950s it switched to producing prêt-a-porter outfits, and its name became increasingly eclipsed.