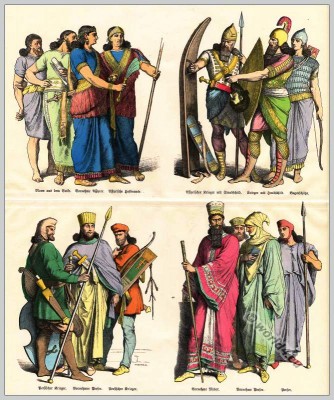 Costumes of Assyrians, Medes and Persians in ancient times.

Source: The history of costumes. Munich picture sheet. (Münchener Bilderbogen) Published and published by Braun and Schneider in Munich. Published between 1861 and 1880.