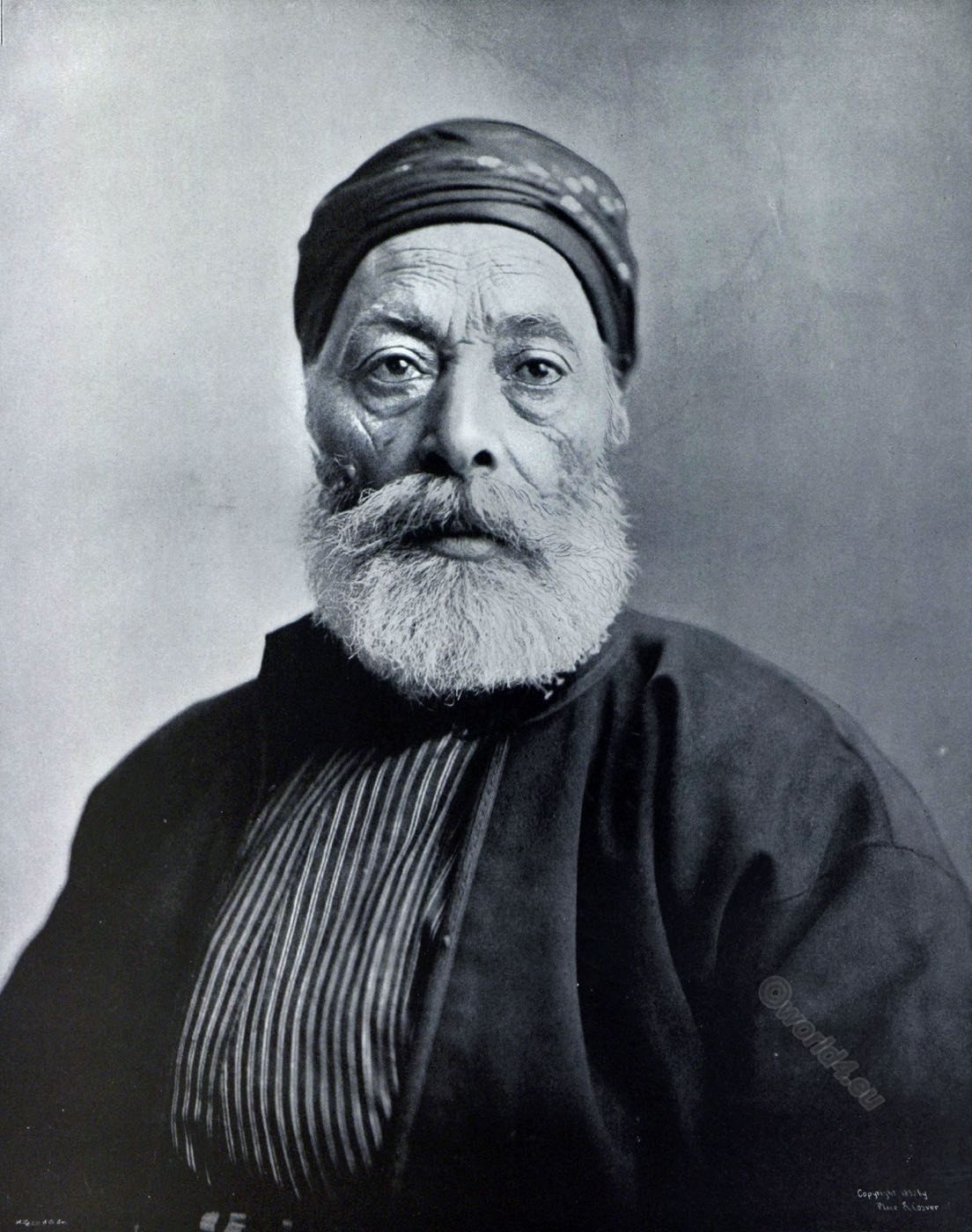 “When Mark Twain went through Constantinople he would stop at a shop, and when he looked around for his guide he would see Moses fifty yards ahead, and, as this got to be a habit, he dubbed him Faraway Moses”

The jews are the most remarkable of all races. No other people can boast a lineage so ancient and so unbroken. The historian Freeman says: “They are very nearly, if not absolutely, a pure race in a sense in which no other race is pure.”

Their early history constitutes a body of sacred writings which, considered as literature alone, stands unequalled. Representatives of their race have achieved eminence in every walk in life; as musicians, poets, philosophers and above all as financiers; a jew ruled the mightiest empire of modern times. For a brief but interesting account of this marvelous people see Hosmer’s “Story of the Jews,” and for a fuller history the five-volume work of Prof. Graetz recently published in an English translation.

The above portrait is another illustration of the persistence of the Jewish type. This man, who rejoices in the expressive sobriquet of Far-Away-Moses, is the descendant of Jews who were driven from Spain by Queen Isabella. He is fifty-five years old and resides in Constantinople. He speaks many languages and is a noted dragoman. He has been immortalized by Mark Twain, whom he had the honor of conducting through the Holy Land.

Note:  A Spahi of the Asiatic provinces. Member of the Ottoman irregular cavalry.

Source: Portrait Types Of The Midway Plaisance by Putnam, F. W. (Frederic Ward). World’s Columbian Exposition (1893: Chicago) Oriental and occidental, northern and southern portrait types of the Midway Plaisance. A collection of Photographs of Individual Types of various nations from all parts of the World who represented, in the Department of Ethnology. The Manners, Customs, Dress, Religions, Music and other distinctive traits and peculiarities of their Race. Prof. F. W. Putnam, of Harvard University. Chief of the Department of Ethnology at the WORLD’S COLUMBIAN’ EXPOSITION
ST. LOUIS. 1894.