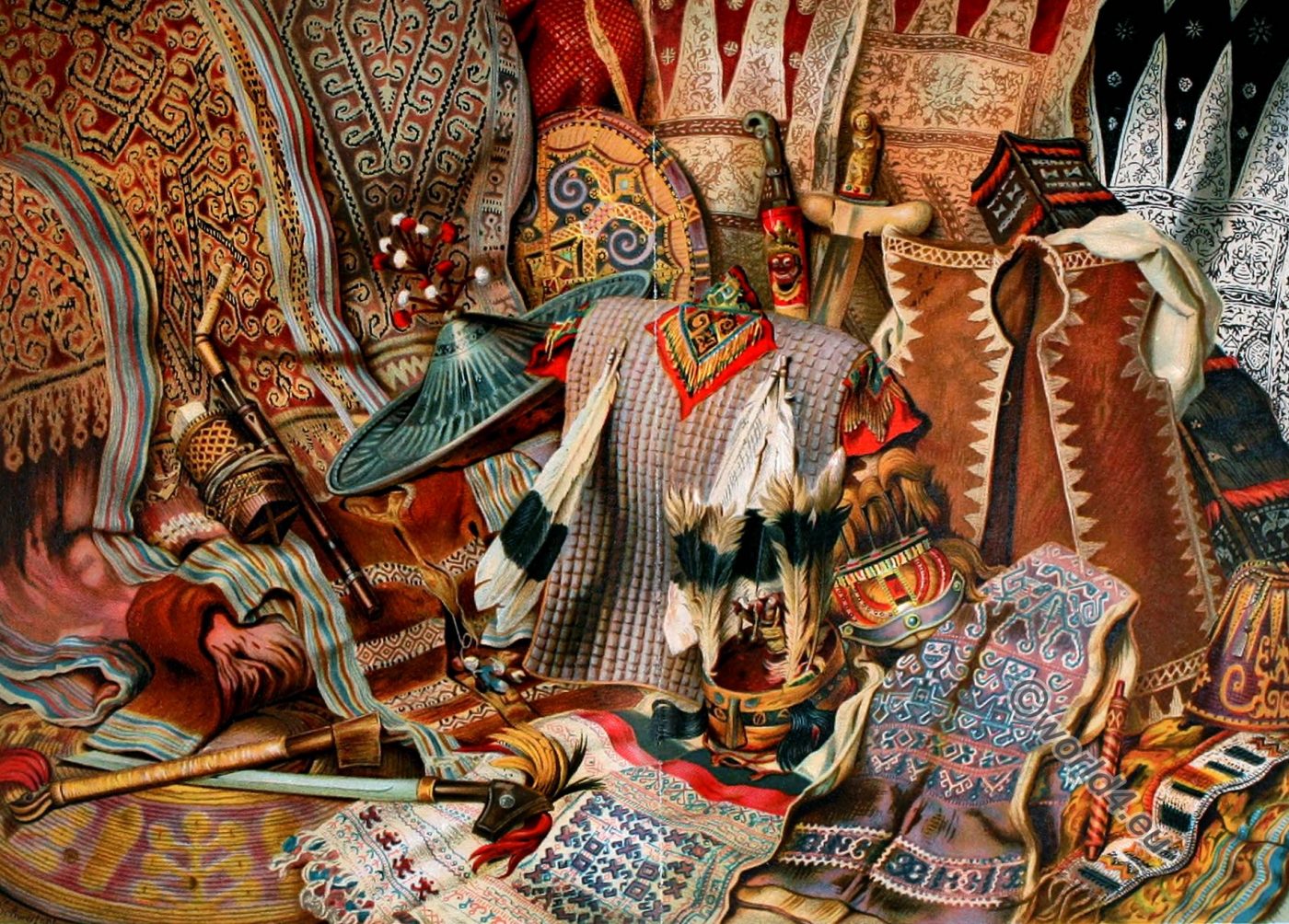 Indonesian Culture. Fabrics and Weapons of the Malays.

The Malay (Orang Melayu) are an ethnic group in Southeast Asia. They belong to the Austronesian ethnic groups and speak the Malay language, whose modern expressions are Malay and Indonesian. Today about 22 million people are counted among the Malay people, who mainly live on the Malay Peninsula, in the east of Sumatra and on the coasts of Borneo. The majority of the population are Malays in Malaysia (50.4%), in the Sultanate of Brunei (66%), in the three southernmost provinces of Thailand (66-80%) and in the Indonesian province of Bangka-Belitung (72%). The vast majority of Malays (> 99.9 %) are Sunni Muslims. 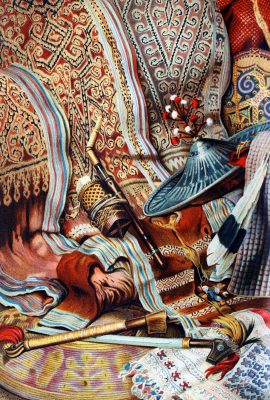 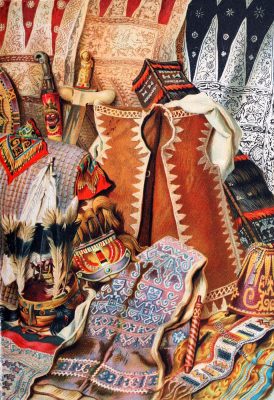 Malaysia was formed in 1963 from four former parts of the British Empire: the Malaya Federation, the North Borneo Crown Colonies, the Singapore Crown Colony (until 1965) and the Sarawak Colony.

Indonesia is a republic and the world’s largest island state. With about 255 million inhabitants, it is the fourth most populous country in the world. Indonesia is the country with the largest number of Muslims in the world.

Image Source: With the world’s people: an account of the ethnic origin, primitive estate, early migrations, social evolution, and present conditions and promise of the principal families of men: together with a preliminary inquiry on the time, place and manner of the beginning, by John Clark Ridpath, 1912.