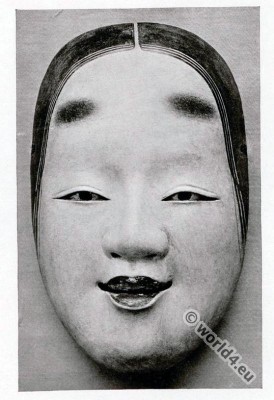 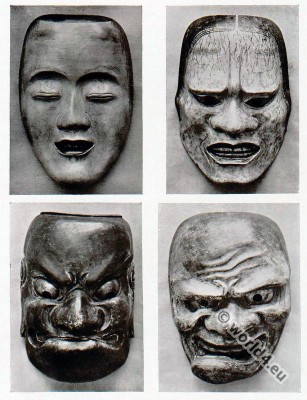 Noh (Jap. 能) is a traditional Japanese theater, traditionally played only by men (danced) and is accompanied by music. Since the beginning of the 20th century, more and more women acquire the status of professional Noh performer. Most of the main characters (shite) wears a mask. The traditional themes mostly relate to Japanese or Chinese mythology or literature. The Noh theater was created in the 14th century by Kan’ami and his son Zeami Motokiyo. At that time, Noh actors were also at the same time, the authors of the pieces. Zeami was one of the most famous Noh theorists. In the Edo period (between the 16th and 19th century) it was a privilege of the samurai to play the Noh theater and visit. At that time, Noh actors had the hereditary samurai status. The Noh theater is traditionally performed in conjunction with Kyōgen, a kind of comedy. Noh and Kyōgen were taken in 2001 under the collective term Nōgaku together in the UNESCO list of Masterpieces of the Oral and Intangible Heritage of Humanity.