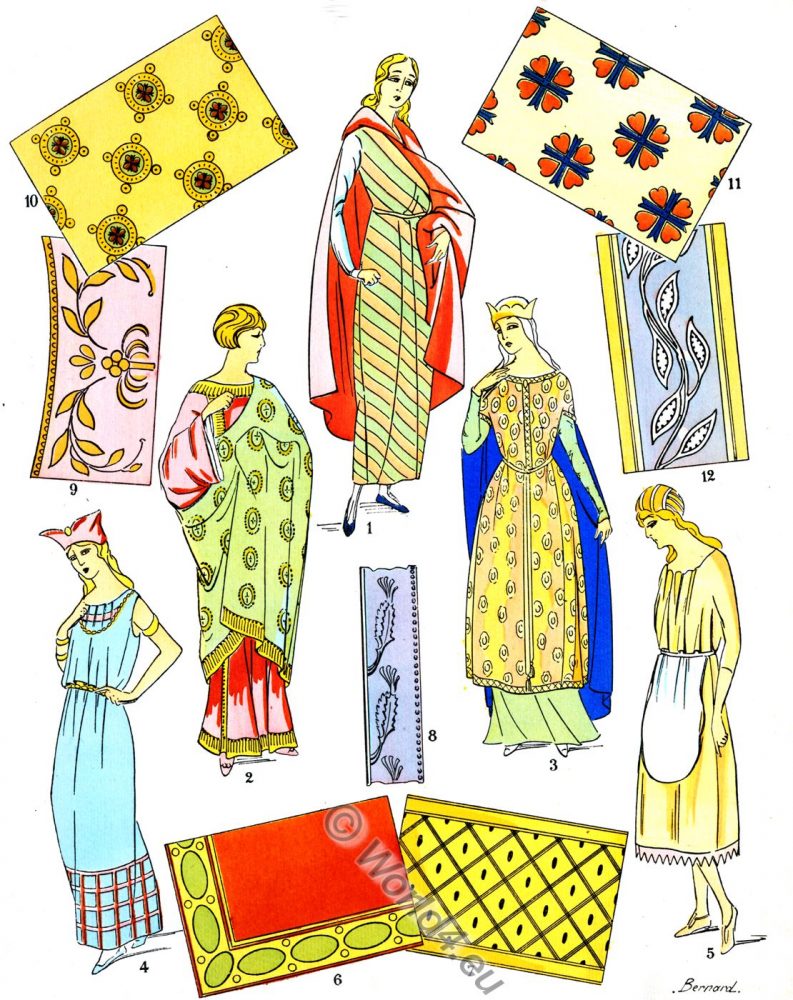 Fabrics and embroideries. The comfortable costumes of the Gauls.


1. Robe, striped on the cross held at the waist by a band. A one-piece hooded cloak goes with this robe.

2. Long robe in a one-piece fabric and designed cloak of a Merovingian lady.

4. Gallic lady in a blue one-piece robe trimmed with roses at the hem. Sleeveless bodice the fullness of which is held in by pleats in front.

5. Plebeian woman wearing a yellow robe with frills cut above the waist-line. Skirt finished with a band of rose material trimmed with lace. Round apron bordered with blue.

6. Edge of a cloak (about 970); ovals. on a bright foundation disposed round border.

10. Details of cloak material of the Merovingian epoch.

Coming from the Ruricid dynasty, Anna was a prestigious bride for the French king. After his death she took over the regency together with the Flemish count Balduin V. for her still underage son Philip I. When she entered into a second marriage with Rudolf III, count of Valois, in 1061, she broke with her son and the royal court. A few years later, however, there was a reconciliation of mother and son, and Anna took part in court life again from 1065, before she died between 1075 and 1079.