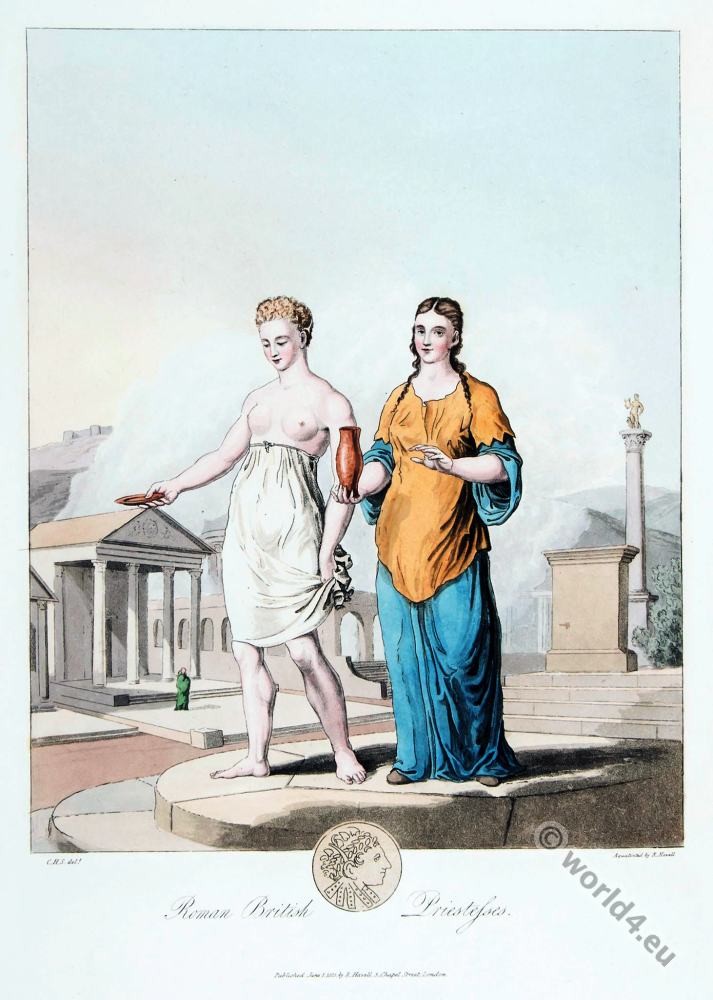 Celt and Roman. History of England 43 BC to 440 AD under Roman rule.

The United Kingdom, known in antiquity as Britain (ie the territories of present-day England to Hadrian’s Wall, Cornwall and Wales), was from 43 BC to 440 AD, under Roman rule. When the Romans came in contact with Britain, the island was inhabited largely by Celtic-speaking tribes. Before them there had been in Britain megalithic cultures who erected among others imposing stone monuments. About the time of the pre-Roman Britain is otherwise little known.

Roman historian reported that before Caesar’s (more or less failed) campaigns to Britain, allegedly ventured only a few merchants regularly crossing from Gaul to Britain across the English Channel.

The careful and reflecting student will frequently be impressed by the resemblance between the growth of an individual and the development of a nation; the biography of a man and the history of mankind. In examining early records, the first of which are often only traditional accounts of events that have belonged to the infancy of a people, we can trace a very remarkable analogy between the style and language of such legendary histories and those tales or representative stories by which knowledge is first communicated to a child, but regarding which children use a very wide interpretation, separating with considerable accuracy the poetic or imaginative element from the actual information intended to be conveyed.

Traditions of national events were expressed in forms which took a hold on memory by their association with the poetic faculty, with the deeper imaginative moods of men, and often with thoughts of the unseen world; and this association confirmed, instead of diminishing, the sense of reality, in ages when such language was the usual mode of expression in narrating great and solemn occurrences. Subsequently the form remained, but becoming to some extent uninterpretable, because of men having attained to another stage of development, was separated into a mixture of fact and myth. People of a later age and of a different nation and language often failed to discover the true meaning of the tradition, and were ready to regard it as false in fact, because they were unable to appreciate its symbolical, or, as they were sometimes called, its mystical references. 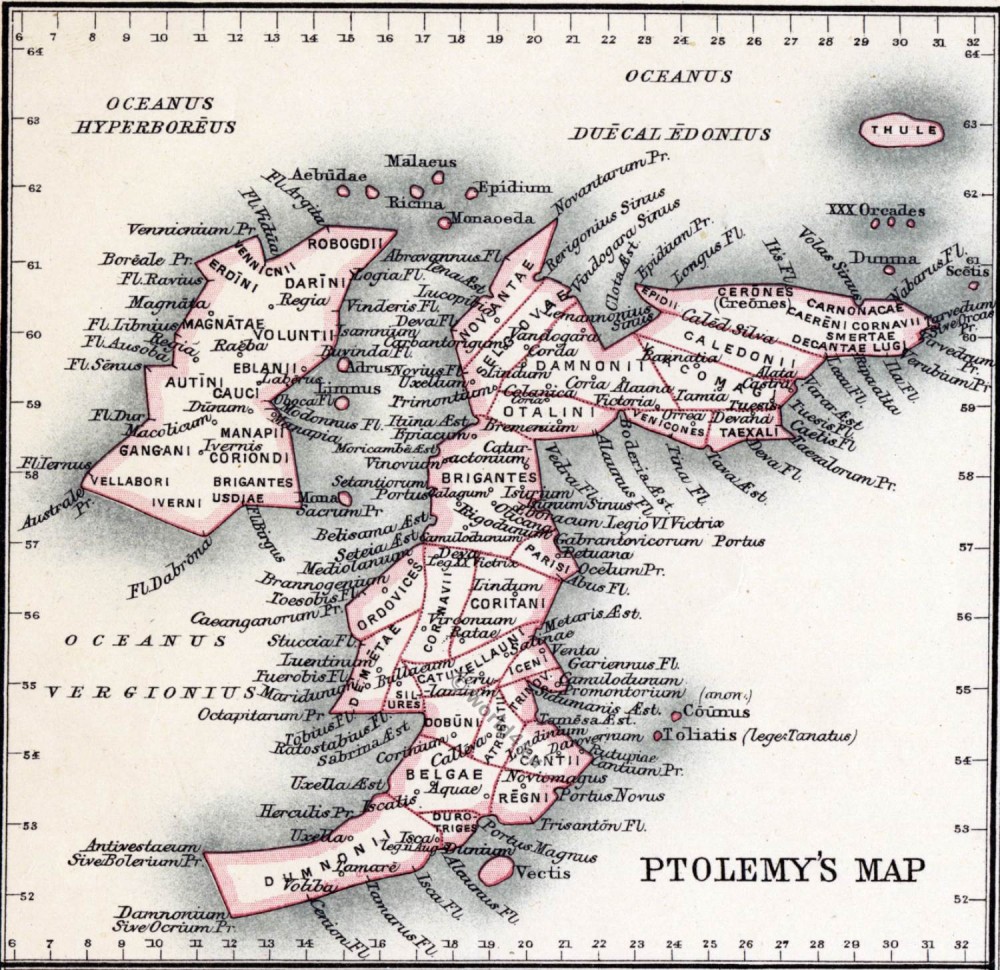 We live in wonderful times, when it has been discovered that the earth itself, the very soil beneath our feet, has been as it were a great bookcase, containing, in almost imperishable records, a portion of the unwritten chronicles of pre-historic years. In geological strata; amidst the sites of buried cities and in the deep excavations of ruined temples and palaces, so long ago destroyed that their existence had also been denied, there have been discovered verifications of traditional and written history, the declarations of which were scornfully disputed.

These investigations have rebuked alike the narrow credulity and the equally restricted incredulity of men; but on the whole’ we have gained immeasurably in the region of belief, by the unanswerable proofs which such discoveries have given us of the truth of the earliest accounts of social and national life with which we are acquainted. That these prefatory remarks are not inapplicable to the history of our own country may be seen by referring not alone to the strange traditions preserved (and altered) by the early monks, but also to the colder, more concise, and more accurate chronicles of Cæsar and the Roman governors of Britain. 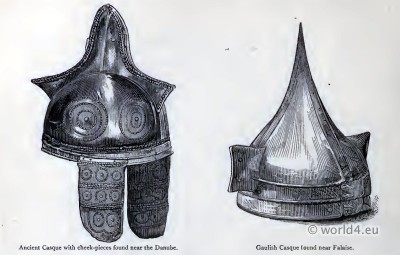 In the monkish stories we find an almost inextricable mixture of Romish legends with Celtic, Danish, and Saxon elements; Scandinavian myth and Teutonic Saga; stories of giants and warriors, trolls and witches, mingled in such strange confusion that we are unable to regard them except as indications of earlier histories; but there is enough, taken in conjunction with the legends of bards and minstrels, to show that Britain had a history other than that of a mere tribe of painted savages long before the Roman invasion. Cæsar’s account of Britain is after all but the note-book of a visitor who carefully made memoranda of what he saw, and set down, as honestly and literally as he could, what he was told by others of the social condition, civilization, religion, and institutions of the inhabitants of the islands “in the uttermost parts of the earth.”

We must remember, however, not only that cultivated Romans were almost incapable of understanding the primitive and (as they would deem them) barbarous traditions of a people like the Celtic dwellers in Britain, but that they regarded all tribes and nations beyond the pale of Greek or Roman influence as fanatics or savages, for whom the best thing that could be done was to subjugate them to the imperial arms, and make them contribute to the vast structure of physical power which threatened to overshadow the whole world. The history and institutions of these islanders would offer a subject for curious philosophical inquiry, but need not trouble too much a conqueror, the object of whose descent upon the coast was to add another remote colony to Rome, and so demonstrate her political and military supremacy. 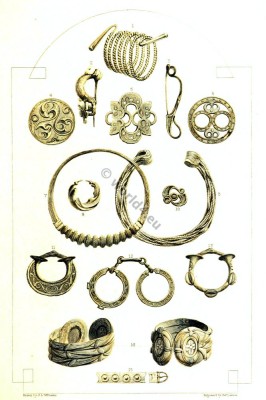 It is obvious that the writer of The Commentaries took a great deal for granted, but it is equally certain that he discovered essential differences amongst the people whom he came to conquer, both as regards their tribe and the degree of civilization and social culture. “The inland part of Britain,” he says, “is inhabited by those who, according to existing traditions, were the aborigines of the island; the sea-coast by those who, for the sake of plunder, or in order to make war, had crossed over from among the Belgæ. … Of all the natives, those who inhabit Cantium (Kent), a district the whole of which is on the coast, are by far the most civilized.”

Admirable as the account of the noble Roman is, it should be read with an appreciation, not only of his position as an invading general, the representative of the greatest nation in the world, but as a foreign aristocrat, with perhaps about the same estimate of “the barbarians” as an eminent English officer of to-day might form beforehand of some little-known islanders in a remote region of the globe, and with far fewer opportunities of investigating “habits and customs.”

It is now made tolerably certain that long before the time of Cæsar’s invasion there were people in Britain—small tribes or clans—under their own kings or chieftains, who had attained to a very considerable degree of civilization, so far as the conveniences and even the luxuries of life were concerned. They possessed a coinage stamped with regular dies, and used various implements, the manufacture of which indicates a condition much in advance of semi-barbarism.

Even if the people who composed the nation, or rather the cluster of communities, were of different tribes, they resembled each other in the warlike and independent spirit, which not only refuses to acknowledge defeat, but declines to adopt the language of the conquerors as an acknowledgment of subjugation. Britain, “the last that was conquered and the first that was flung away,” was in reality one of the hardest nuts that the Roman arms were set to crack. The generals and governors sent hither were worn out or died in the constant effort to subdue the island, that it might be a province of Rome. The people would not be beaten; and it is certainly a proof, if not of a high degree of civilization and of the power to organize means of defence, at least of courage and persistent determination, that a large and carefully equipped army which had been prepared, for the invasion under Julius Cæsar, could only maintain a footing on the sea-coast. This army was over and over again unsuccessful against the British warriors in their chariots, who “perform the part both of rapid cavalry and of steady infantry; and, by constant exercise and use, have arrived at such expertness that they can stop their horses when at full speed in the most steep and difficult places, turn them which way they please, run along the carriage pole, rest on the harness, and throw themselves back into their chariots with incredible dexterity.”

These being the conditions under which Cæsar was able to narrate the incidents of his visit to Britain, it is not very wonderful that the actual history of Britain before the Roman invasion should be regarded as half fabulous. Constant internecine war, as a consequence of the successive invasion of the island by various tribes who came hither for conquest or plunder, must have rendered it difficult or even impossible to preserve an unbroken series of traditions. At the same time the nations which were then at the head of civilization had little communication with these islands. Still later, the followers of Ida and Cerdic brought to their settlements in Britain all the superstitions of the Elbe, while the Teutonic chiefs who had settled in the provinces of the Roman Empire, Alaric, Theodoric, Clovis, and Alboin, were zealous Christians. The isolated position of Britain, and the struggle that was perpetuated there, cut off her people from communion with the continental kingdoms which had succeeded the Western Empire, and which “kept up some intercourse with those eastern provinces where the ancient civilization, though slowly fading away under the influence of misgovernment, might still astonish and instruct barbarians, where the court still exhibited the splendor of Diocletian and Constantine, where the public buildings were still adorned with the sculptures of Polycletus and the paintings of Apelles, and where laborious pedants, themselves destitute of taste, could still read and interpret the master-pieces of Sophocles, of Demosthenes, and of Plato. From this communion Britain was cut off. Her shores were to the polished race which dwelt by the Bosphorus objects of a mysterious horror, such as that with which the Ionians in the age of Homer had regarded the Straits of Scylla and the city of the Læstrygonian cannibals. 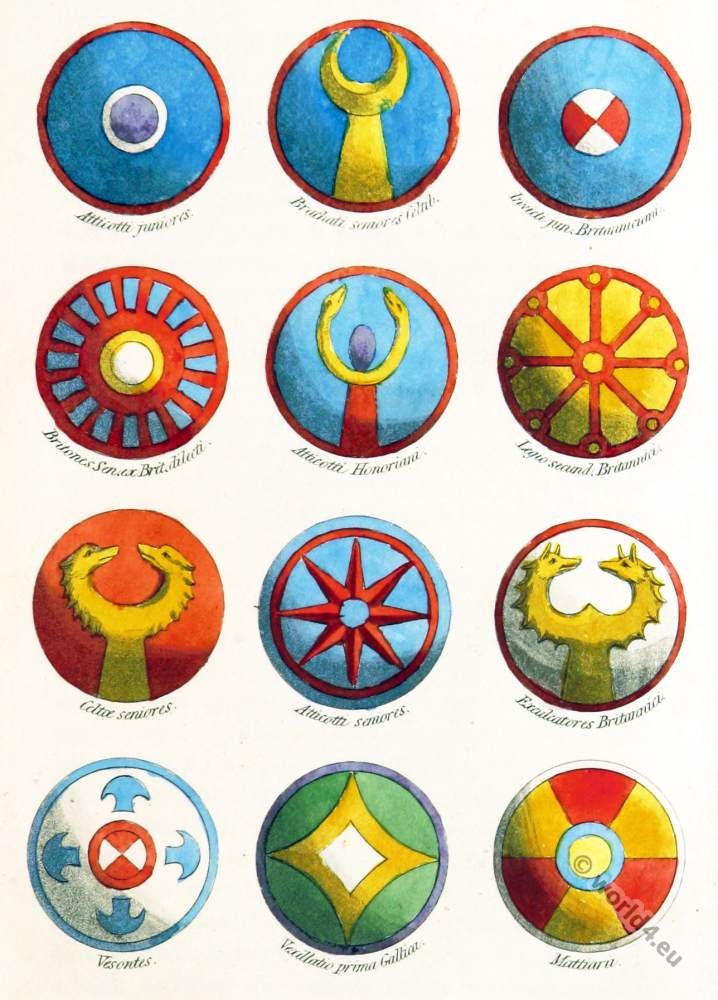 There was one province of our island in which, as Proconius has been told, the ground was covered with serpents, and the air was such that no man could inhale it and live. To this desolate region the spirits of the departed were ferried over from the land of the Franks at midnight. A strange race of fishermen performed the ghastly office. The speech of the dead was distinctly heard by the boatmen, their weight made the keel sink deep in the water, but their forms were invisible to mortal eye. Such were themarvels which an able historian, the contemporary of Belisarius, of Simplicius, and of Tribonian, gravely related touching the country in which the founder of Constantinople had assumed the imperial purple. Concerning all the other provinces of the Western Empire we have continuous information. It is only in Britain that an age of fable completely separates two ages of truth. Odoacer and Totila, Enric and Thrasimund, Clovis, Fredegunda, and Brunechild, are historical men and women. But Hengist and Horsa, Vortigern and Rowena, Arthur and Mordred, are mythical persons, whose very existence may be questioned, and whose adventures must be classed with those of Hercules and Romulus.”

Source: “Pictures and Royal Portraits illustrative of English and Scottish History. From the introduction of Christianity to the Present time.” Author: Thomas Archer. Published in London, 1878 by Blackie & Son.