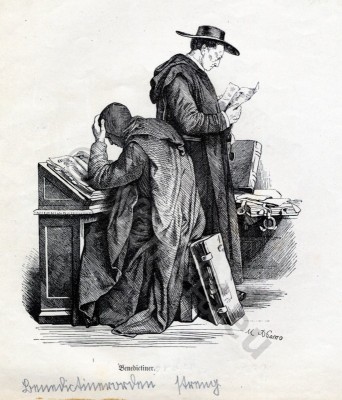 The Benedictine (Latin Ordo Sancti Benedict, OSB) are a contemplative order of aligned within the Roman Catholic Church. Also in Anglicanism and Lutheranism few Benedictine monasteries have been preserved. It is named after its founder, St. Benedict of Nursia, and is the oldest Order of western religious life.