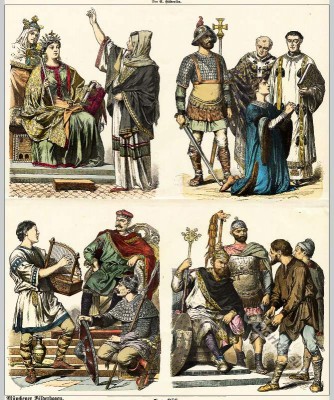 Carolingians in the 7th and 8th Century.

Medieval Clothes of the Carolingians in the 7th and 8 Century.

Source: On the history of costumes. From Ancient to the 19th century.