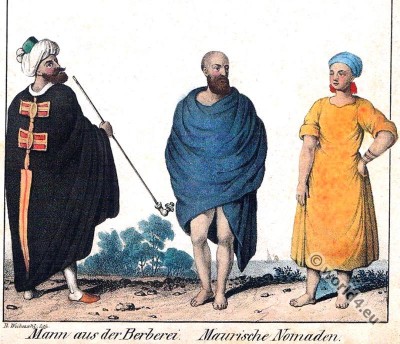 Source:”Full Peoples Gallery in images of all nations” by Friedrich Wilhelm Goedsche, Meissen, 1840.