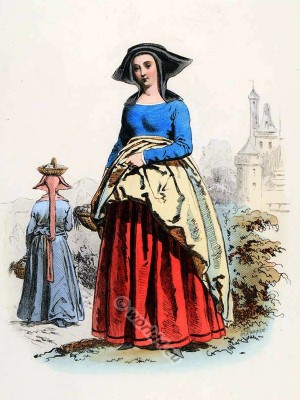 Women from around Paris in 1443