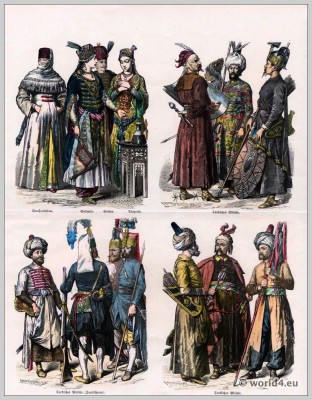 Turkish costumes Ottoman Empire. 17th and first half of the 18th century.