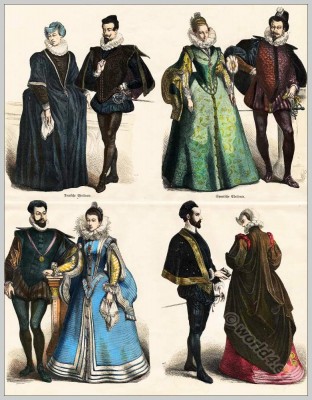 Note:  French nobility in Spanish fashion of the 16th century.