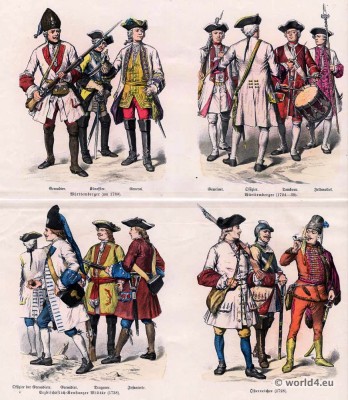 German and Austrian military uniforms in the 18th century.

German and Austrian military uniforms in the 18th century.

Note:  Musketeer and Pikeman costumes in the 17th Century.