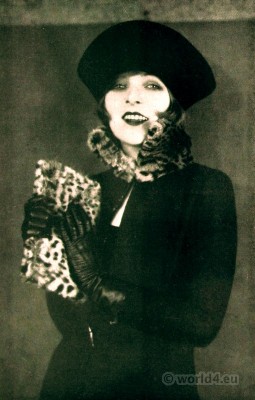 Blanche Sweet 1896-1986 was an American film actress whose career in the early days of silent films had already peaked. 1909 began her film career at the Biograph and quickly became one of the leading actresses in the films of D.W. Griffith. In 1911 she had the leading role as a young mother in The Last Drop of Water. Her most important main role was as Judith in the first feature-length film by Griffiths Judith Bethulien of 1914. In 1915 she left Biograph and went to the Famous Players-Lasky, where she appeared in films by Cecil B. DeMille and Marshall Neilan. The contemporary film critics held because of their versatility for one of the most outstanding actresses of the entire silent era. Towards the end of the silent era waned her popularity and she only occurred in three sound films. In 1930 she retired from the film business altogether back. When she got no more appointments, she worked at all times in a department store in Los Angeles. In the late 1960s, she was, in particular by European film students, recognition as a pioneer of the American film received.