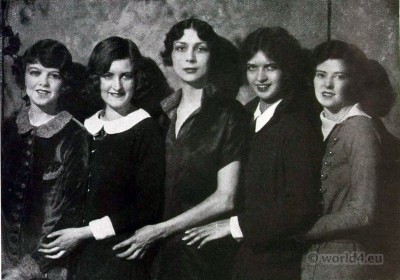 Jean Patou, 1880-1936, was a French couturier, costume designer. In 1912 he went to Paris and opened a small tailor-fashion atelier Maison Parry. His collection corresponded to the European and American style of that time – stylishly, understated, yet elegant and luxurious. Among his clients were actresses, singers and wealthy society ladies. He put his monogram (JP) as a stylistic element and thus was a model for other designers. In the early 1920s Patou designed his first sports collection, which was a real sensation at the UK tennis world championships at Wimbledon in 1921. Apart from fashion Patou created along with the famous perfumer Henri Alméras countless fragrances, including Amour Amour (1925) and Joy (1930).