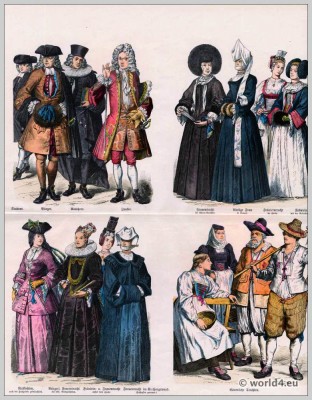 Swiss costumes from the canton of Zurich, 18th Century.

Beginning of the 18th Century.