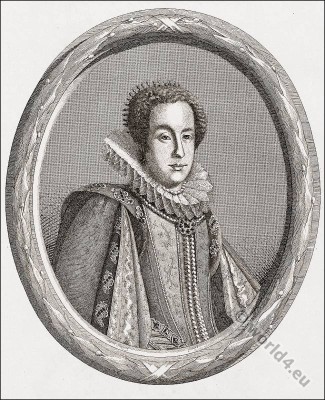 Claudia of Etruria was the daughter of Ferdinand I., Grand Duke of the same name. She became the wife of Leopold, Archduke of Austria. The costume is extremely remarkable, and the goffered ruff, from the middle of which the head of the Archduchess seems to rise, is a marvellous pièce of needle- work. 17th century baroque period, spanish fashion.