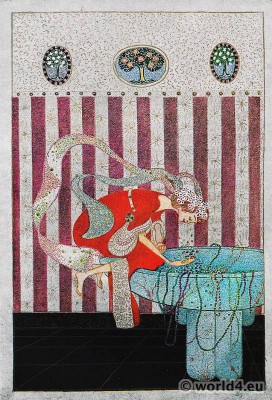 ” The Broken String of Beats ” by Hede von Trapp.

Hede von Trapp 1877-1947 was an Austrian poet, painter and graphic artist of the Art Nouveau. The majority of the artistic work of Hede von Trapp consists of literary works. She initially worked exclusively as an author and poet. Her graphic oeuvre is mostly closely thematically related to its literature. Often to play female characters who fight against social conventions, a central role.