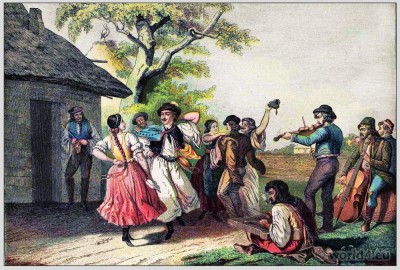 Source: The peoples of the Austro-Hungarian monarchy. Published by Johann Nepomuk Vernay, Austria, 1896.

Note:  Rococo ball gown in the time of Louis XVI