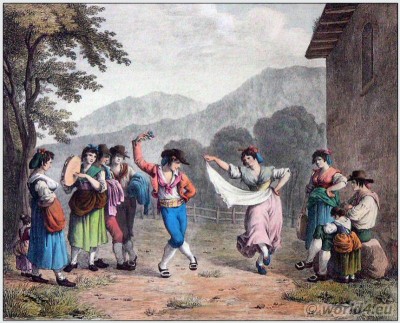 The Tarantella is a folk dance from southern Italy. It is a term of several dances. The dance is said to originate from the bite of the poisonous tarantula. The wild dance there should be a therapy: the musicians came into the house of the patient or to the marketplace and began to play, and the Bitten danced to exhaustion to drive the poison from the body. The first written documentation of dance goes back to Athanasius Kircher. In the 19th Century, the Romantic period, instrumental music took up this form of music.