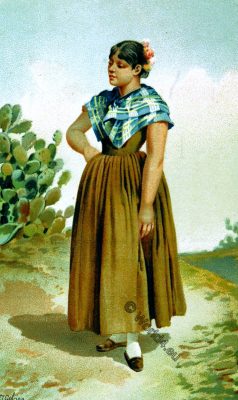 Moguer is a Spanish city in the province of Huelva in the autonomous region of Andalusia. The poet Juan Ramón Jiménez was born here on 24 December 1881 and was awarded the Nobel Prize for Literature in 1956. His most famous work is “Platero and I”.

The Arab Mogauar or Moquer was conquered by the Santiago Order around 1240 and initially placed under its jurisdiction. Later the place depended on Niebla.

In the 14th century it developed into a small town. The Almohad castle is extended and the monastery of Santa Clara is built. At the end of the 15th century, the caravel “La Niña” was launched here and some inhabitants of the city took part in Columbus’ voyages of discovery.

In 1642 Moguer received the town charter from Philip IV.

The earthquake in Lisbon in 1755 destroyed most of the houses here as well. Only parts of the castle and the monastery of Santa Clara have been preserved.

In the 19th century, Moguer lost the competition for the title of provincial capital.

In the 20th century, wine growing suffered an economic decline due to a phylloxera plague. It was not until the 1970s that the economic situation stabilized again after strawberry plantations were established. Today, the city is the main producer of strawberries in Spain.

In 1993 Pope John Paul II also visited the city of Moguer during his trip to Spain.