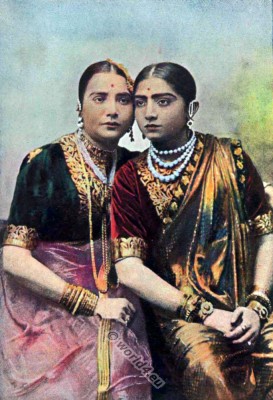 On special occasions, such as weddings or parties given in honor of a distinguished visitor, it is the correct thing in native society to give a „nautch,“ or dance. The guests assemble in a large room set apart for the purpose, and seat themselves upon chairs ranged against the walls. At one end of the room, upon the ground, are seated the nautch party, consisting usually of two girls and their attendant musicians, who may be three, four, or more in number, according to the status of the dancers. 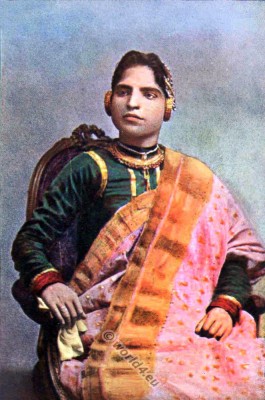 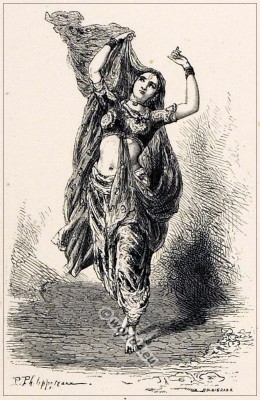 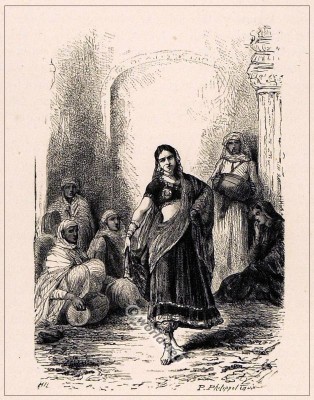 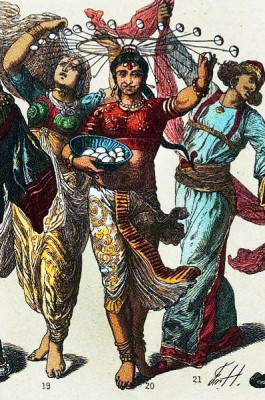 The girls are amazingly arrayed in costumes of gorgeous hues, plentifully be spangled with gold, while anklets of tiny silver bells make a soft tinkling sound at every movement of their feet. Behind them stand the musicians, one of whom accompanies the rest upon a tom-tom or native drum, without which no nautch could possibly proceed.
When all the guests have arrived, the girls rise to their feet and, accompanied by the strains of the band, one of them proceeds to advance and retreat in slow and measured steps, waving her arms and rattling the bells upon her ankles in time with the music. The other dancer then does likewise, after which follows a song. All Eastern tunes are set in minor keys, and if we may judge by results, the singer who is capable of bringing forth the notes with the strongest nasal accent is worthy of most praise. It requires an intimate knowledge of the language to be able to follow a song sung in the vernacular; but if the opinions of the natives themselves may be taken upon the subject, the sentiments expressed by the singers on these occasions are poetical indeed. 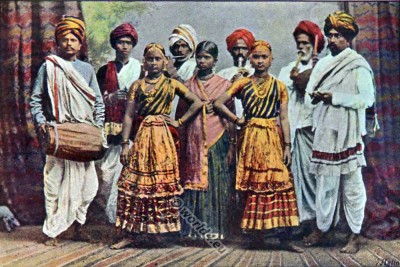 The proceedings are varied by first one girl and then the other advancing and retiring, chanting the while in a highly pitched key, and afterwards both advance and retire together. This is continued with slight intervals for many hours, the songs varying according to the occasion and the time of the year, each season having its particular set of melodies. A European has usually had as much of the performance in an hour as he can endure at one sitting, but it is a no uncommon thing for natives to sit up the whole night listening to the music, and watching the gliding movements of the dancers.