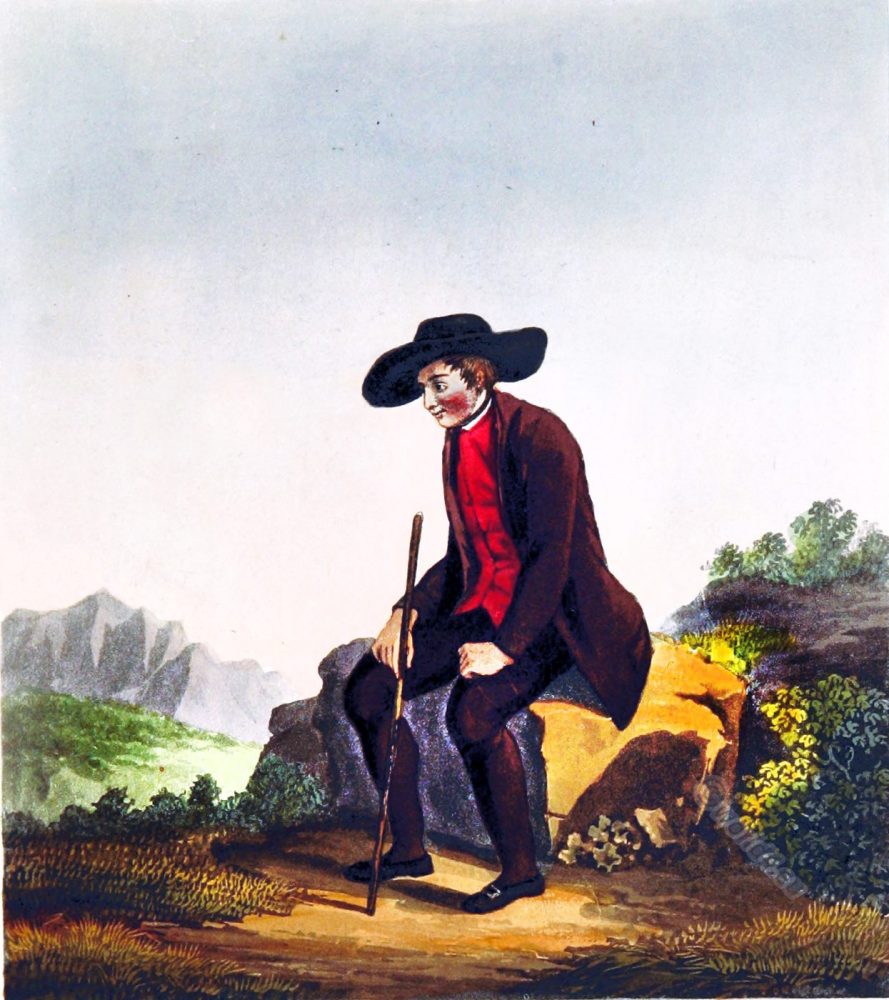 Peasant of the canton Bale

PEASANT OF THE CANTON OF BASEL.

This man, in his Sunday dress, is walking in the fields.

The inhabitants on the frontiers have, in general, in their character, as well as in their costumes, something mixed and singular.
The population os this canton is so great, that the number os agriculturists are not in the same proportion with the other cantons; here, they form the smallest party. The rest of the inhabitants of both sexes work in the manufactories os ribbons which procures them a great intercourse with the neighboring people, and make them imitate, in a great degree, their manners and fashions. We, therefore, find amongst them a resemblance with those os Alsace, Margraviat, and the Swiss, which is easily distinguished by the annexed plate.