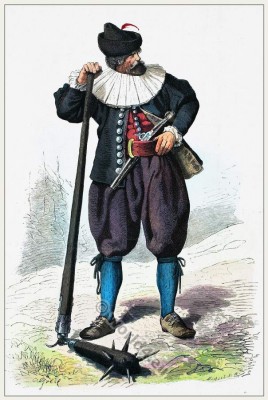 Upper Austrian farmer from the time of the Austrian Peasant War in 1626. He is armed with a sort of a mace and pistol. The revolt was directed against the Counter-Reformation and the termination of the Bavarian occupation. Early Baroque period costume.