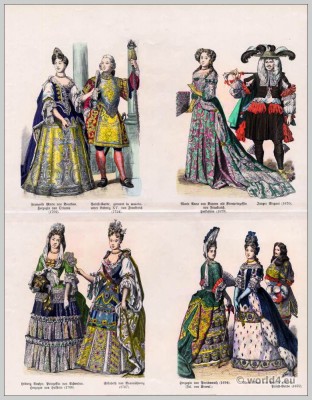 Fashion end of the 17th and early 18th Century.

Fashion end of the 17th and early 18th Century.