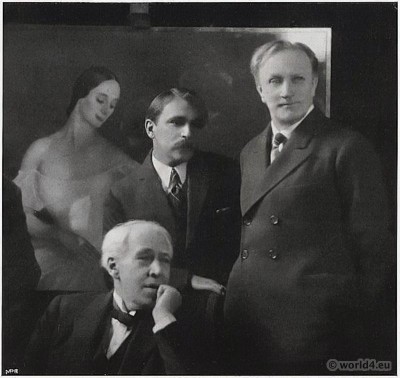 Born in Polotsk, Vitebsk, in 1878, Sorin enrolled at the Odessa Art School in 1896 where he studied under Kiriak Kostandi until 1899, whence he went on to study in Repin’s workshop at the Imperial Academy until 1907. He developed a great reputation as a society portraitist and between 1900 and 1910, many of the leading cultural and social figures of the time sat for him, including Feodor Chaliapin, Anna Akhmatova, and Tamara Karsavina. Sorin participated in the December 1916 at Mir Iskusstva exhibition in Moscow, and in 1920 he emigrated to Paris, shortly afterwards going to New York. Throughout the 1920’s and 30’s, he continued his successful career as a portrait painter and, amongst others, Balanchine, Mikhail Fokine, various members of the British Royal family, as well as Anna Pavlova, posed for him. 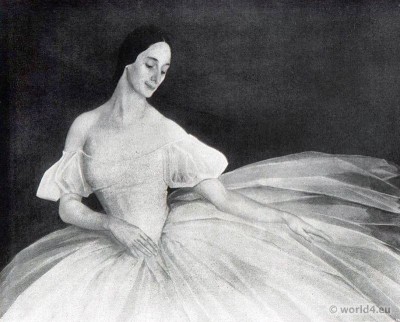 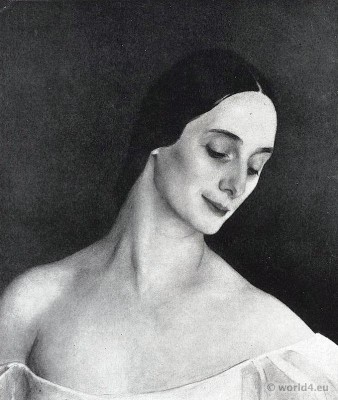 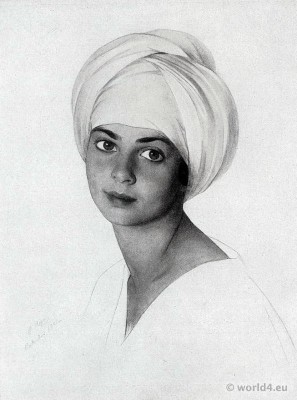 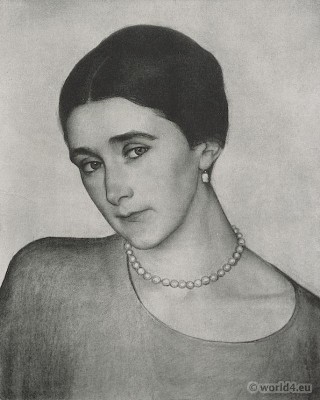 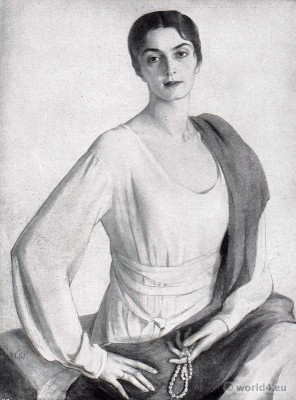 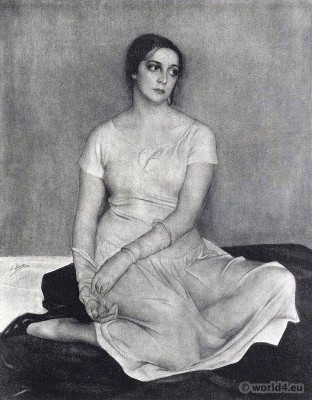 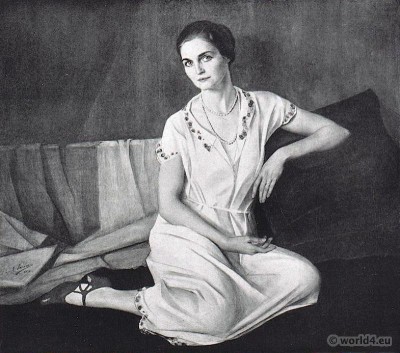 Was a prominent Georgian aristocrat, fashion icon, and one of the earliest models of Coco Chanel. She held a respectable position in Georgian high society, as well as the Russian Imperial court for the last few decades of its existence. Mary is sometimes believed to be the hopeless infatuation of a famous Georgian poet Galaktion Tabidze.

Anna Pavlova was a Russian master dancer of classical ballet. She visited the St. Petersburg theater technical school and belonged from 1899 to the ensemble of the local Mariinsky Theatre. She danced in The Nutcracker, Raymonda, Giselle, La Bayadère among others. Under Michel Fokine she danced major roles, including Les Sylphides and Egyptian Nights. 1907 Fokine staged for her the well-known solo The Dying Swan. Guest appearances from 1908 throughout Europe made Pavlova known internationally. As Sergei Diaghilev in 1909 founded Les Ballets Russes in Paris, Vaslav Nijinsky and Anna Pavlova took over the leading roles. The Ballets Russes became one of the most famous and most successful ballet companies of its time. 1910, she remained permanently in London. While she still went on tour, she was photographed, among others, of the Berlin Society photographer Frieda Riess and outlined by Ernst Oppler. On 23 January 1931 she died during their farewell tour at the age of 49 years of pneumonia in a room at the Hôtel des Indes in The Hague.

Margaret Dorothy Kahn was an American art collector and patron. The daughter of the German-born banker Otto Hermann Kahn, who has been called since childhood days Nin, married on 9 February 1928 John Barry Ryan, Jr. (1901-1966) and got him two children, John Barry Ryan III and Virginia Fortune Ryan, later Countess of Airlie.  Her father’s death (1934) made her (and her siblings) to millions heirs. The Ryans were active then as an art collector and promoter of young talents. They particularly appreciated the art of the French Impressionists. In the Ryan Collection are works by Manet, Cezanne, Pissarro, Monet, Renoir, Vuillard and several more were. Nin Ryan was very literate and generous. She also loved the music and the old Europe. They also owned a house in London and tried as often as possible to live there.

Nathalie Kovanko (1899-1967) aka Natalie Kowanko was a Russian-Ukrainian actress who played in Russian and French silent cinema. Natalia Ivanovna Kovanko was born in Yalta, Russian Empire, on 13 September 1899. She was the sister of Boris de Fast, né Boris Fastovich. She debuted in Russian cinema in 1917 with Victor Tourjansky and Nikolai Orlov. In 1917-1919 she played in many Russian films directed by director Victor Tourjansky, whom she also married. When the Red Army reached Yalta, Tourjansky and Kovanko, together with the other Ermolieff actors (Ivan Mozzhukhin, Nicolas Koline, Nicolas Rimsky and Nathalie Lissenko) fled the Crimea and emigrated to France. There Tourjansky managed to build up a career through the help fo the Russian producers Alexander Kamenka and Joseph Ermolieff. For a decade Nathalie Kovanko was a French film star in films that were almost all directed by her husband. One exception was Jean d’Algreve (1922) by René Leprince, with Léon Mathot. Michel Strogoff (1926) in which she played Nadia Fedor was her last silent film.  Kovanko’s last film was the sound film Volga en flammes (Tourjansky 1934). In 1931 Tourjansky had discovered Simone Simon and Kovanko divorced Tourjansky and went back to Ukraine, where she died in Kiev on 23 May 1967.