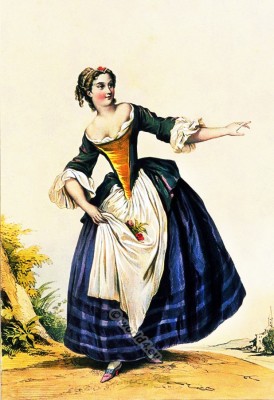 The best known is Louis XV. well for his relationship with the Marquise de Pompadour. He is often blamed for the abuses that then under Louis XVI led to the French Revolution.

Related: Fashion and costume in the eighteenth century