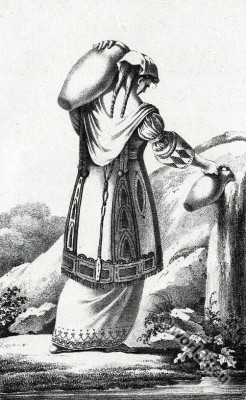 The Souliotes or Suliots; Albanian Suliotët were a warlike community, which inhabited the mountains around Souli in southern vilayets of Ioannina, the ancient Epirus. The Souliotes searched in the 17th century before the Ottoman pressure in the mountains near the town of Parga a refuge. 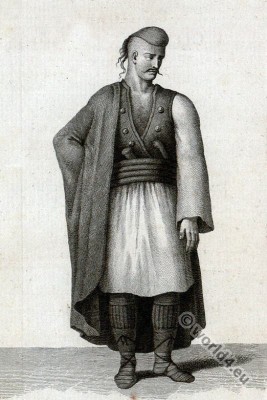 They also developed three other important villages that were in close contact: Kiafa, Samoniva and Avarino. The population consisted of so-called Faras. There were no written laws, but it was decided according to the customs. The Souliotes operated cattle breeding and agriculture. In addition, they had a dubious reputation as a perennial and crafty thieves and robbers. Their attacks were particularly hostile to the Ottomans, against their superiority they withstood some time with a simple but persevering defense system. They were subject only in 1803 and then left the region of Souli by, then moved after Parga to the Ionian Islands. Here they entered the military service of various countries such as England, Russia or France. Many of them participated bravely in the Greek War of Independence and arrived in Greece later reputation and dignity, so the Botsaris and Tzavelas.