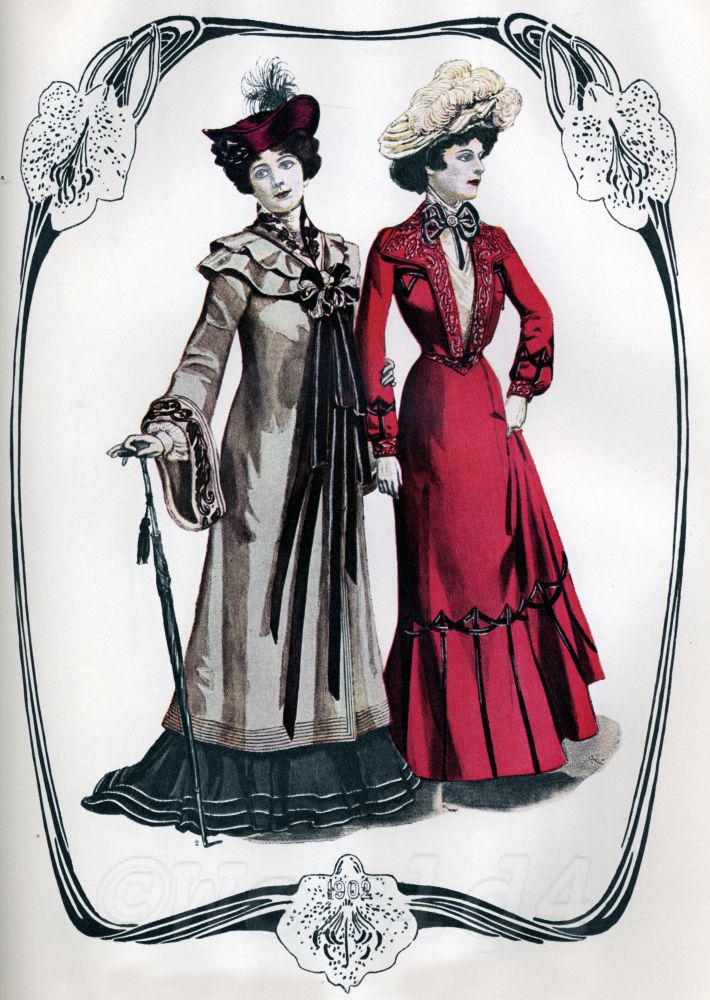 The figure shows two women in the fashion of the late 19th century. It is commonly associated with this mapping of the Art Nouveau style. The Art Nouveau, known in England under the name, arts and crafts came from the direction of visual art around the year 1900 and had the goal of the decorative arts of the historic form of doctrine to liberate. This art movement was known in Germany by the newspaper “the youth”, in Austria, she received under the term secession. Organic, sculptural forms, moving, swinging lines, plants, ornaments and contours are emphasized his decisive style features.

The period around under the turn of the century was characterized by a variety of forms and diversity of the materials. The fashion was lost in the complexity of diverse skirts, sleeves, hats and other accessories. In the latter end of the 19th century defined the Parisian haute couture, under the fashion designer Worth, Redfern and Drecoll, the pace of fashion change.

The fashion accents the waist more, emphasizes the shoulder line and spread the tight skirt front to the rear. The shoulders are accented by Volants. This is a cape worn. Hats with feathers or ribbons have the shape to appear larger.