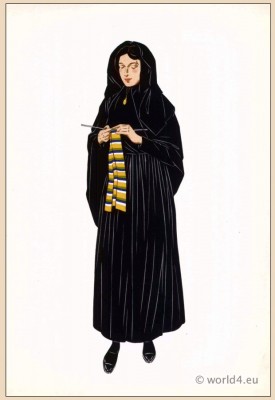 Woman from Corsica in traditional clothing.