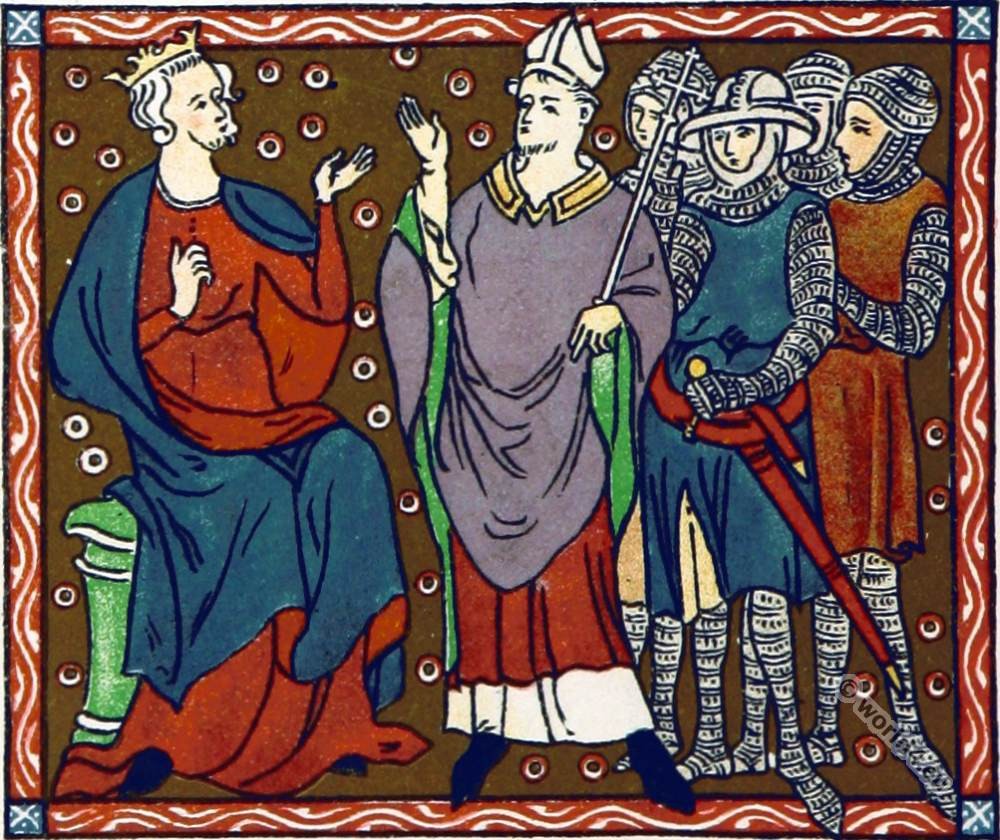 Court life under the Plantagenets. Reign of Henry the Second.

The house Anjou-Plantagenet was a French-born dynasty. From 1154 to 1399 she put in a direct line, the kings of England. To 1485 in the secondary lines Lancaster and York. In addition to the French dynasty of the Capetians and the imperial houses of the Ottos, Salian and Hohenstaufen the Plantagenets among the most important dynasties of the High Middle Ages in Western Europe.

Henry II (originally Henry Plantagenet; 1133-1189) was Duke of Normandy and Aquitaine, Count of Anjou and King of England (1154-1189) and dominated temporarily Wales, Scotland, eastern Ireland, and western France. His nickname was “Curtmantle” (because of the close-cropped capes, which he wore) and “Fitz Empress” (son of the Empress). He was the first of the Angevin kings, who were referred to as the Plantagenets, and the first British king who called himself King of England, his predecessors bore the title King of the English. 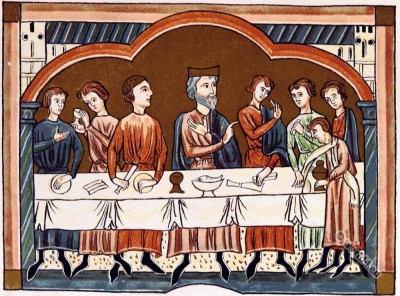 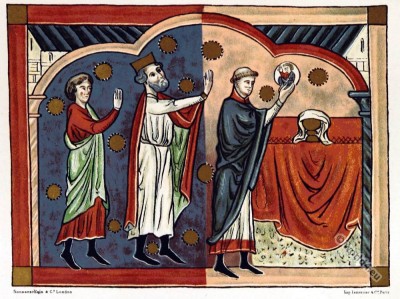 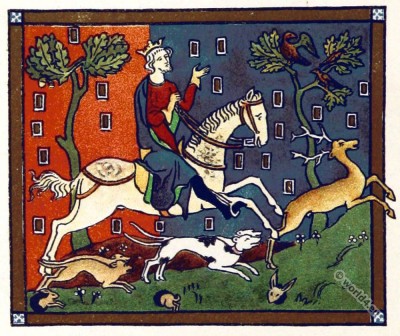 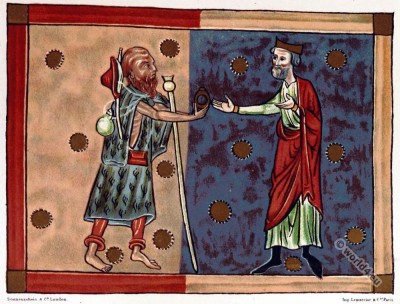 The king and the hermit. 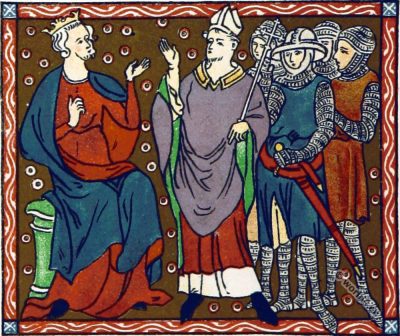 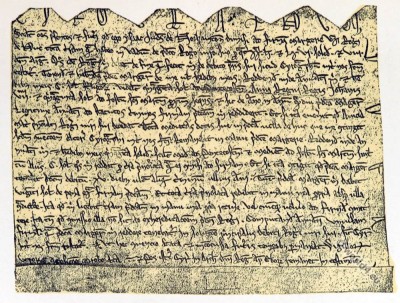 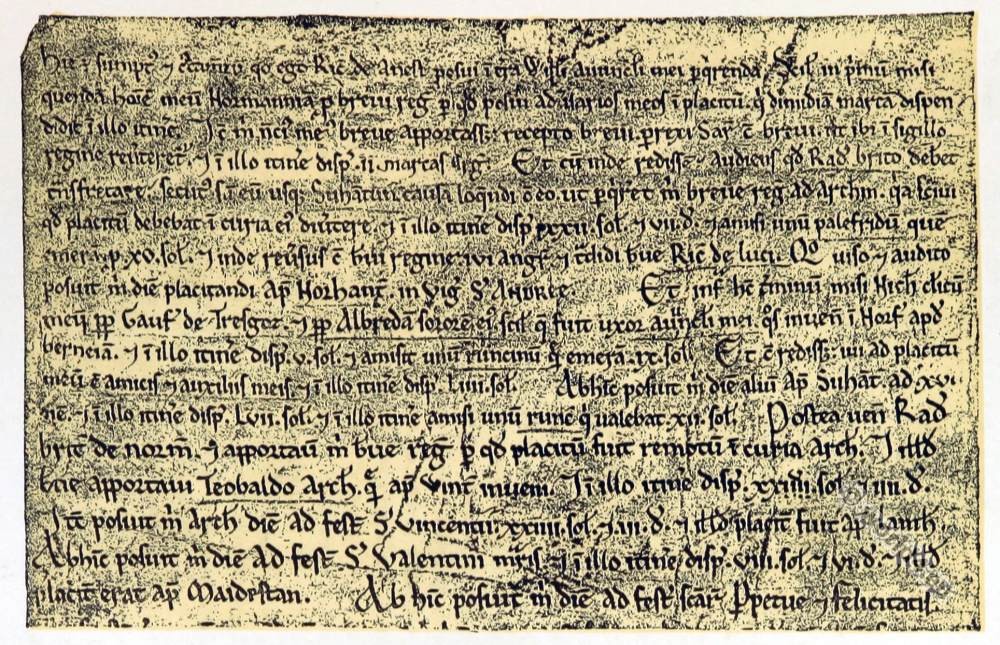 Richard de Anesti, coming up to London, meets his kinsman, William de Glanvil. The two discourse about the Jews. William gives many interesting and doubtless exact details about them, details which we are glad to get. But he certainly would not have told his hearer what his hearer must have known as well as himself, that “the Jews in England were compelled to live apart from Christians, and to wear a badge of their race in their dress.” Then Richard takes up the tale, and relates his own experiences as a borrower. For two whole pages he runs off a list of dealings with Jew money-lenders.

There are seventeen separate transactions described. Here are two specimens :—” When I pleaded in the Archbishop’s Court at Canterbury, Dieu-la-Cresse the Jew lent me forty shillings at the same rate [a groat a week for every pound], which I kept two months, and paid five shillings and fourpence.” “Also Bruno the Jew lent me half-a-mark at three-halfpence a week, for which I paid fifteen-pence for ten weeks.” That the Jews made a good thing of their business, sometimes making nearly 90 per cent., might have been told us in fax fewer words. A still more extravagant, and indeed impossible amount of detail, is to be found in Richard’s narrative of his law-suit. 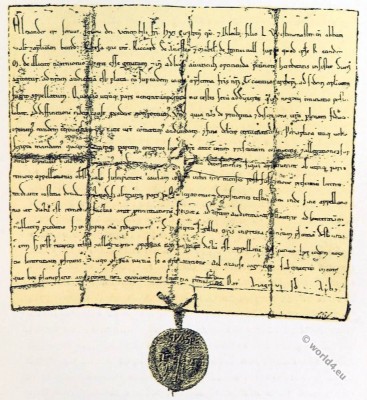 Pope Alexander III. confirmed in September 1172 the reign of Henry over Ireland and therefore granted since that date at latest the papal approval.

Source: Court life under the Plantagenets