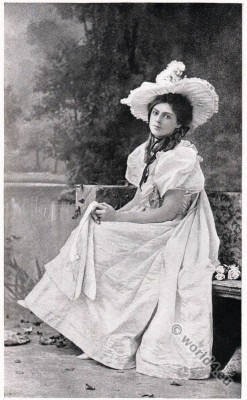 Ethel Barrymore (actually: Ethel Blyth. 1879 -1959) was an American actress. She was honored for her performance in None But the Lonely Heart at the Academy Awards 1945 Oscar for Best Supporting Actress. Previously, she had been one of the most successful actresses on Broadway for decades. E. Barrymore was known for her black humor and one of the largest private collections of books in the United States. In her honor was named a Broadway theater. A star on the Walk of Fame, Hollywood Bouldevard height 7001, recalls the actress.